A Delhi court on Tuesday posted for July 14 hearing on a bail plea filed by Alt News co-founder Mohammed Zubair in a case related to an objectionable tweet he had posted in 2018 against a Hindu deity.

Additional Sessions Judge Devender Kumar Jangala adjourned the hearing for Thursday after the prosecution sought time for a detailed argument in the matter.

SPP Atul Srivastava, appearing through video conference, urged the court to adjourn the matter, saying that a separate case against Zubair was scheduled for hearing before the Supreme Court on Tuesday.

At this, advocate Vrinda Grover, appearing for the accused, urged the court to take up the matter on Wednesday.

The prosecutor, however, said he was in Bhopal and will not be available for appearance before the court tomorrow.

Grover then said that some other prosecutor may argue the matter in case Srivastava was not available.

He can appear via VC. This bail was filed. It is a man’s liberty. Let it be taken up tomorrow. He may appear on VC, Grover said.

Srivastava then urged the court to post the matter for July 14, which was allowed by the judge.

During the brief hearing, the defence counsel opposed the police argument that the tweet posted by Zubair was highly provocative and more than sufficient to incite feeling of hatred amongst people which can be detrimental for maintenance of public tranquillity.

She said the image used in the tweet was from the Hrishikesh Mukherjee film, ‘Kissi Se Na Kehna’, released in 1983.

In over three decades, nobody had any objection. My tweet, other Twitter handles tweet the same thing, since 2018, no sentiment is hurt… After four years, what is so provocative that will create mayhem? Till date, none of these have been asked to be taken down. Fortunately, there is no disturbance in society, she said.

She sought the court’s permission to play a video from the movie in question.

The judge, however, said the counsel could play the video later on.

This Twitter profile (the complainant in the case) is made in 2021. He has only one follower. No algorithm can lead him to this tweet. Delhi Police finds it. While doing social media monitoring they would have certainly seen all other tweets with Twitter image and words, but they did not find anyone else. There is malafide writ large, she submitted.

A magisterial court had on July 2 dismissed Zubair’s bail plea and sent him to 14-day judicial custody (JC) in the case, citing the nature and gravity of the offences against the accused and observing that the matter was at an initial stage of investigation.

The court had sent him to JC after his five day custodial interrogation.

In its order, the court had noted the submission of the public prosecutor that investigation was at an initial stage and that there was every likelihood that police custody remand of accused would be required.

The judge also considered addition of new sections during the course of investigation while rejecting the bail application. 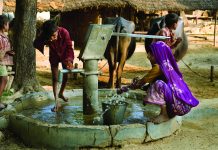 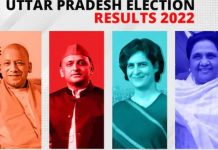 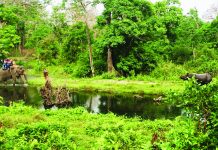