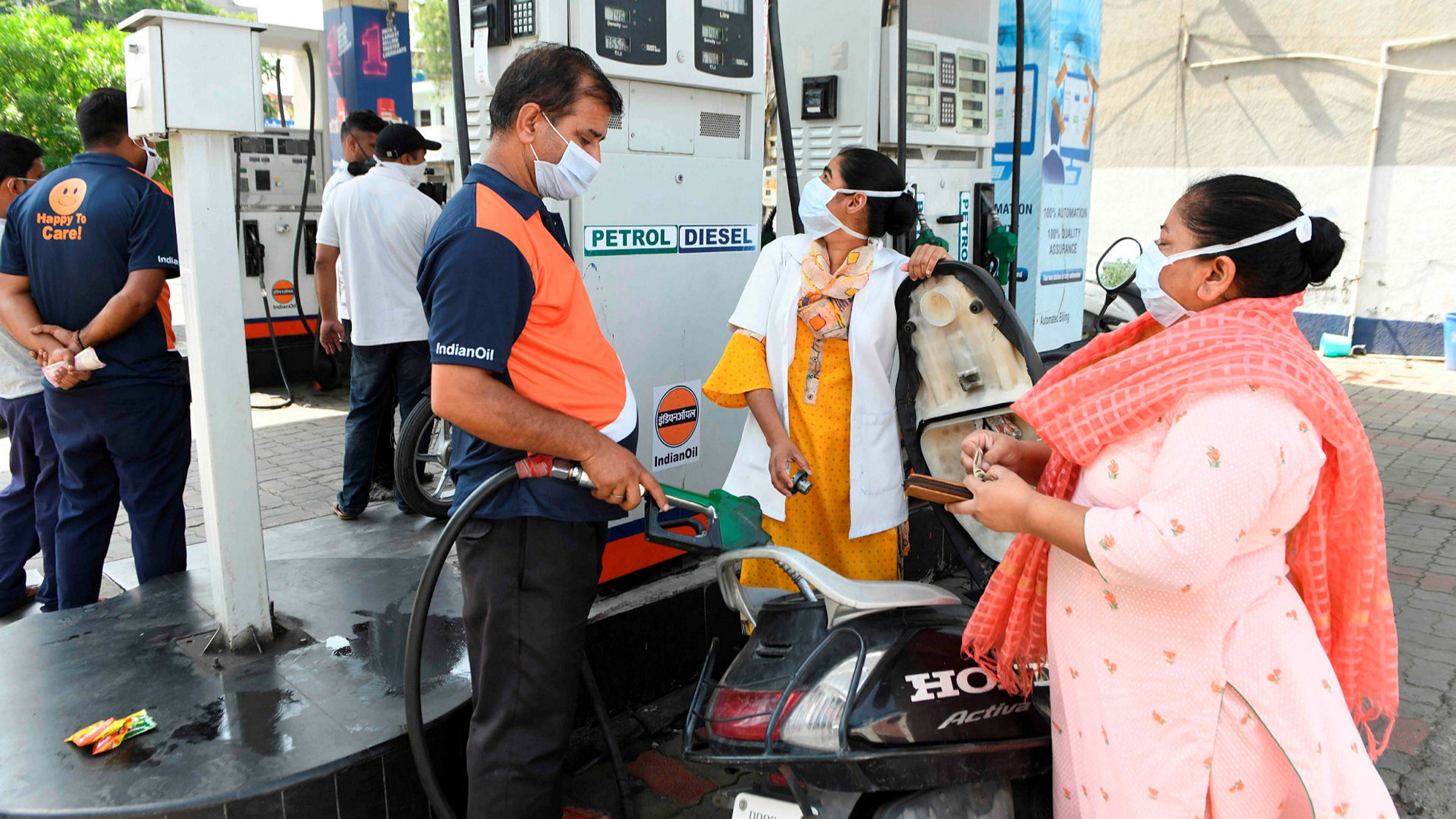 The prices of petrol and diesel have been hiked across major cities, according to data from the Indian Oil Corporation (IOC). This is the tenth hike in petrol prices in the first 17 days of this month. In Delhi, petrol was hiked by 30 paise from Rs 101.54 per litre to Rs 101.84 per litre. A report by Shveta Mishra

The Opposition keeps cornering the government over rising fuel prices but the Centre has trotted out one justification after other for the hike. Interestingly, the Prime Minister Narendra Modi had blamed that if the previous governments had focused on reducing India’s dependence on energy imports, then the middle class would not have been so burdened.

Among the states, Rajasthan levies the highest VAT on petrol and diesel, followed by Madhya Pradesh, Odisha and Maharashtra. Data from the government’s Petroleum Planning and Analysis Cell (PPAC) shows that contribution to the state exchequer in the form of sales tax and value-added tax of petroleum, oil, and lubricants has increased by 46 per cent from Rs 137,157 crore in 2014-15 to Rs 200,493 crore in 2019-20. For the first nine months of 2020-21, it was seen at Rs 135,693 crore.

Crude price hike
Another major reason is that the average price of the Indian Basket Crude oil increased 119 percent from a mere $30.61 a barrel in May 2020 to $66.95 a barrel in May this year. Brent crude prices had crashed to $19 per barrel in April 2020 because lockdowns and travel restrictions in various countries crushed fuel demand. However, on June 23, 2021, Brent prices touched $75.32 a barrel, the highest in more than two years, raising concerns among consumer nations like India.

Government justification
Concerned over criticism of the government, the Finance Minister, Nirmala Sitharaman advised that the Centre and States have to work a way out amidst production downfall. She also observed that tax cuts should be a joint call of Centre and States because high petrol and diesel prices had put a burden on consumers. For consumers, “there is enough case to say that prices should be down, it’s a burden”. She acknowledged that consumers have a case for petrol and diesel prices to be brought down but said a reduction in taxes to make that happen should be a joint call of the central and state governments. In a written reply to a question in the Rajya Sabha, the Minister of State for Finance Pankaj Chaudhary had said, “The excise duty rates on petrol and diesel have been calibrated to generate resources for infrastructure and other developmental items of expenditure keeping in view the prevailing fiscal situation.”

Replying to a question in the Lok Sabha, the Minister of Petroleum and Natural Gas Hardeep Singh Puri had justified that revenue generated by taxation (on petroleum products) is used in various developmental schemes of the government and also to provide relief to the poor during the pandemic by schemes like Pradhan Mantri Garib Kalyan Anna Yojana (PMGKAY) under which free ration was provided to 80 crore beneficiaries. The argument is in line with the line toed by the then Union Petroleum Minister, Dharmendra Pradhan who had earlier claimed that, “Due to an increase in prices of crude oil in international markets, consumer price (for petrol and diesel) had risen. This will soften gradually. Global supply was reduced due to Covid-19 in turn affecting production as well.” Accepting that high fuel prices have been a cause of difficulty to the general public, he said, “I accept that fuel prices are pinching consumers. But over Rs 35,000 crore is being spent on vaccination during a year. Besides, Rs one lakh crore has been spent for giving free food grains to the poor under Pradhan Mantri Garib Kalyan Yojana.”

The Minister of Petroleum and Natural Gas had also linked fuel price hike with the Congress rule and, citing economists, he said that the Congress had left oil bonds worth crores for repayment, which is why the current government had to pay both its interest and principal price. “This is also a big reason for the rise in fuel prices.” Significantly, the Finance Minister Nirmala Sitharaman, while interacting said, “If I did not have the burden to service the oil bonds, I would have been in a position to reduce excise duty on fuel.”

No benefit to consumers
When the crude prices were down, instead of passing the benefit to consumers, the government raised excise duty in March last year. For petrol, it rose from Rs 19.98 a litre to Rs 32.90, while for diesel it increased from Rs 15.83 a litre to Rs 31.80 a litre. This rise in taxes has also contributed to higher fuel rates. Currently, fuel rates are the highest in Bhopal, according to the state-run oil refiner. Fuel rates vary across the states in India due to value-added tax.

State-run Indian Oil, Bharat Petroleum, and Hindustan Petroleum align the rates of domestic fuel with that of the global crude oil prices by taking into account any changes in the foreign exchange rates. Any changes in fuel prices are implemented with effect from 6 am every day. With no signals from the Union government and the states that they will cut taxes on fuel, and a continuous rise in international petroleum prices, relief on this front is unlikely in the near future.