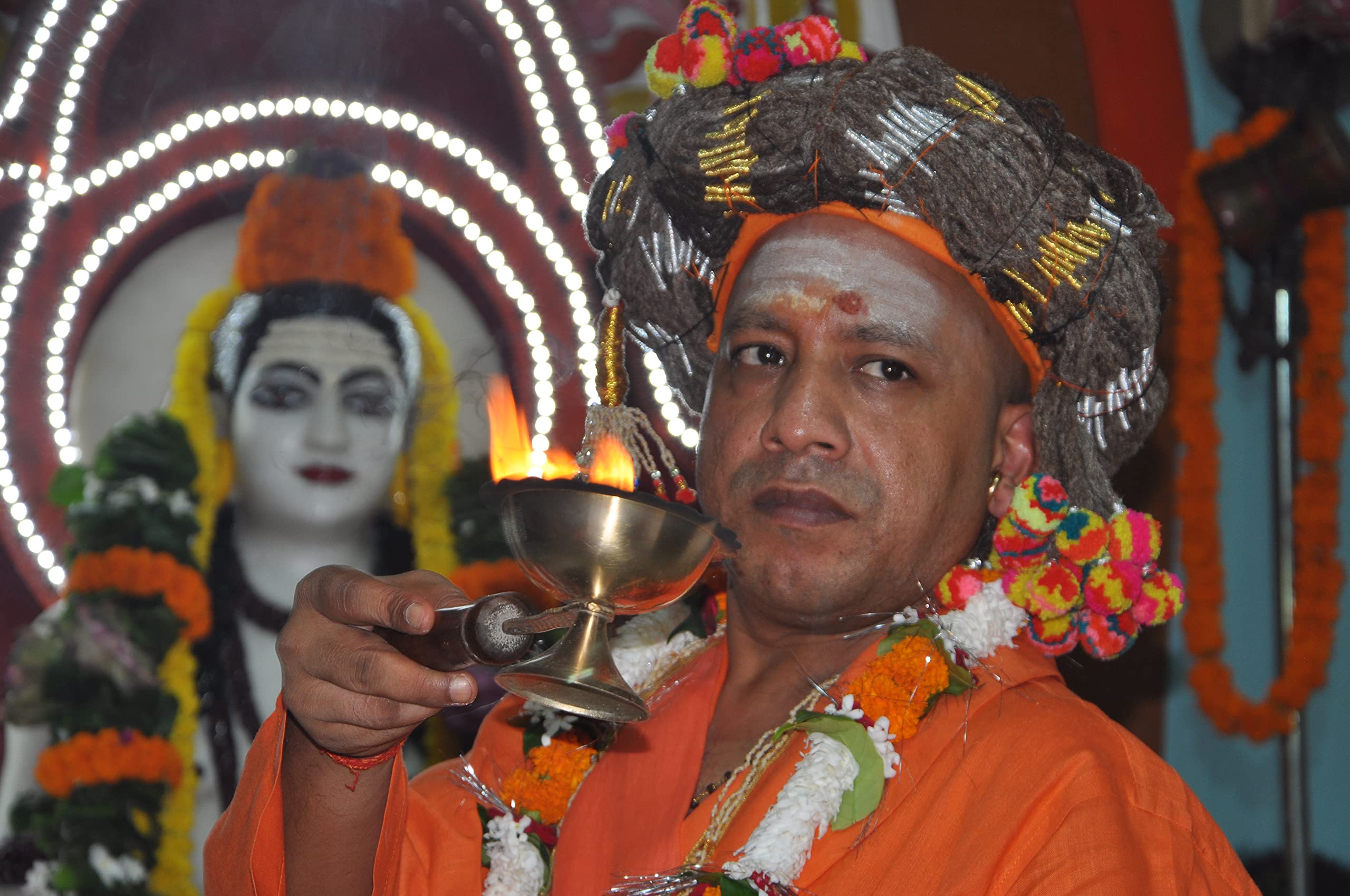 This win was tough in view of past trends and prevailing adverse ground situations shimmering with people’s anger  and heavy anti-incumbency. That is how Yogi has become rallying point of redefining new trend of aggressive political cult of core Hindutva..  A report by Mudit Mathur

The political journey of Hindutva poster boy Yogi Adityanath, 49, has rescripted the political dynamics of the state. The new trend reflects dominance of religious culturalism over the forces of social justice. Breaking the barriers of caste, the new “Success Mantra” of polity is defined a s–“Nationalism–Good Governance–Security and Development.” The aggression for Hindutva and perseverance to pursue core philosophy of RSS has enlarged the political stature of Yogi at national panorama.

He smoothly re-conquered the throne of the chief minister in most populous and politically crucial north Indian state of Uttar Pradesh – that lead to the road to power in Delhi. This win was politically very difficult in view of past trends and prevailing adverse ground situations shimmering with people’s anger and heavy anti-incumbency. That is how Yogi Adityanath has become rallying point of redefining new trend of aggressive political cult of core Hindutva.

Yogi Adityanath emerged as unanimous choice of top leadership as he carried out extensive rallies during UP assembly elections. Yogi will continue to carry forward the agenda of Hindutva for the upcoming parliamentary elections in 2024. Adityanath has been elected five times as Member of the Parliament from Gorakhpur constituency. He has represented the constituency in the Lok Sabha since 1998, when he was just 26.  Presently Adityanath won his maiden Assembly election from Gorakhpur Urban constituency by over 103390 votes. Last time he took the backdoor entry to state legislature choosing to become an MLC.

His style of politics came to lime light in the eastern belt of Uttar Pradesh form where he hogged the nation-wide headlines for his “GharWapsi” and “Love Jihad” campaigns designed to provoke Hindu sentiments. He vigorously opposed slaughtering of cows and its progenies which was banned in UP after enactment of law on the subject.  But unlawfully, the trade of its meat and skin was flourishing in the eastern Uttar Pradesh. That gave him opportunity to become leader of cow vigilantism movement and to go ahead to stop its slaughtering and closure of illegal mechanical butcher houses.

Besides holding post of the chief minister of the biggest state with multiple problems, he continued to act as Mahant (chief priest) of famous Gorakhnath Mutt temple of Gorakhpur, Uttar Pradesh. He was appointed Mahant on 14 September 2014.

The activists of HYV outfit have been known to convert minor incidents into communal conflagrations and started converting Muslim to Hindu faith by allowing “GharWapsi” after showering “Ganga Jal” (Ganges Water) on them and performing Hindu rituals.

Born on 5 June, 1972, as Ajay Singh Bisht, in Panchur district of Uttarakhand, his guru, Mahant Avaidyanath Maharaj, was a prominent religious leader of “Ram Temple” movement led by Vishwa Hindu Parishad, an RSS offshoot. He is known for his involvement in the demolition of the Babri Masjid.

Yogi Adityanath graduated from Hemvati Nandan Bahuguna Garhwal University, Srinagar, Uttarakhand with a B.Sc degree. He attained the mastery of powerful provocative oratory that hit the headlines of newspapers and media.