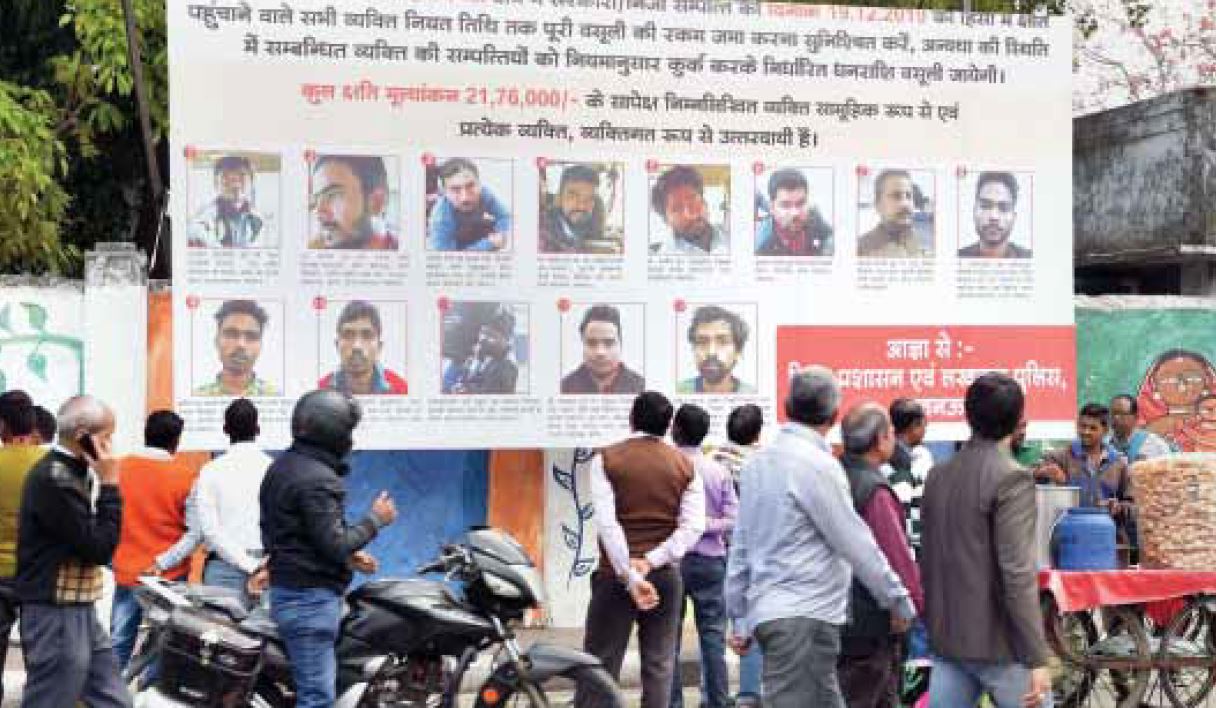 Yogi Adityanath-led BJP government in the Uttar Pradesh has now promulgated an ordinance with an aim to overcome shocks of frequent rebukes from Supreme Court and High Court. Both the courts pulled up the government over non-existence of any law for putting posters and hoardings on the roadside and prominent crossings of Lucknow displaying pictures and addresses of protesters for allegedly damaging public and private properties in violence during anti-Citizenship Amendment Act (CAA) protests.

The chief justice of Allahabad High Court Justice Govind Mathur and Justice Ramesh Sinha took the suomotu cognizance of government’s action and called it to defend it. The bench heardsubmissions of Advocate General Raghavendra Singh and passed a detailed order directing the UP government to remove forthwith such posters and hoardings displayed along the roadsides and prominent crossings of the state’s capital containing the names and addresses of anti-CAA protesters, including a former IPS officer and many human rights activists.

Drawing suo moto public interest writ proceedings at its own, the High Court puts the simple question about the legitimacy of the display of photographs, name and address of certain persons by the district administration and police administration of the city of Lucknow through banners. The banners came up at a major roadside with personal details of more than 50 persons of those accused of vandalism during protest in the month of December, 2019. The poster seek compensation from the accused persons and further to confiscate their property, if they failed to pay compensation.

The High Court also directed the government to submit a compliance report before the court on or before March 16, 2020.

The Yogi government did not relent to court’s directives and immediately challenged High Court’s orders before a vacation bench of Supreme Court but the court though referred the matter to a larger bench and decline to stay the operation of High Court as the entire action of Yogi government was based on nonexistent law.

This action also invoked debate with regard to privacy of a person guaranteed as a part of fundamental right to life and liberty under Article 21 of the Constitution of India. The apex court bench comprising Justice Uday Umesh Lalit and Justice Anirudh Bose granted liberty aggrieved activists whose names andpictures appeared in the hoardings to implead themselves in the matter.

The High Court extensively trusted on thelaw interpreted by nine-judge bench of the apex court in the Puttaswamy matter that affirmed “the constitutional right to privacy.” “It declared privacy an intrinsic component of Part III of Constitution of India that lays down our fundamental rights relating to equality, freedom of speech and expression, freedom of movement and protection of life and personal liberty. These fundamental rights cannot be given or taken away by law and laws and the executive actions must abide by them,” the Bench observed.

“In entirety, we are having no doubt that the action of the State which is subject matter of this public interest litigation is nothing but an unwarranted interference in privacy of people. The same, hence, is in violation of Article 21 of the Constitution of India,” held the High Court. The High Court finally directed the District Magistrate, and the Commissioner of Police, Lucknow, to remove the banners from the road side forthwith. The bench also directed state government not to place such banners on roadside containing personal data of individuals without having authority of law.

The Ordinance armed the government administration with a stringent new law to recover compensation from those who damage public and private property during protests and riots. The Claims Tribunals set up under the chairperson of the Claims Tribunal would be a retired district judge while its members would be of the rank of additional commissioner. The Tribunal is empowered to investigate complaints, assess the damage, claims for compensation and decide compensation awards. The Ordinance envisaged Additional District Magistrate as Claim Commissioners.

The State government or the owner of any private property or the head of the office concerned in respect of public property, may file claims for compensation within three months of any incident that causes any damage during public protests, bandhs or riots. The claim can cite as respondents those who “exhorted” or “instigated” or “committed” acts that caused the damage, as well as those named by the police.

The Ordinance provides that every order or award passed by the Claims Tribunal shall be “final” and no appeal against such orders shall be “maintainable” before any court.  It was further provided thatno civil court shall have the jurisdiction to entertain any questions regarding the claims.

The Claims Tribunal shall have the power to attach the property of the respondents and publicise their names, addresses and photographs to warn public against purchasing the property.

“As soon as the order for recovery of damages is passed, the property of the respondent to be attached and the authorities shall be directed to publish the name address along with a photograph of a warning for public at large not to purchase property attached,” the notification said.

The Claims Tribunal shall have all the powers of Civil Court for the purpose of taking evidence on oath and enforcing the attendance of witnesses and compelling the discovery and production of documents and material objects, the notification said.The claims would cover not only damage to public and private property but also the costs borne by the police and administration in taking preventive measures.

The liability would be fixed on the alleged perpetrators as well as those accused of instigating or exhorting them. The Tribunal will have to adhere to the principles of natural justice, issue notices and receive replies from the respondents, but it also has the power to decide a matter ex parte, if those given notices do not respond.The pendency of any criminal proceedings relating to the incidents shall not be a bar on the Tribunals proceeding with their work.

The Claims Tribunal also has the power to appoint a Claims Commissioner to estimate the damage caused and investigate liability to assist it in holding the inquiry. The determined compensation, if unpaid, the District Collectors shallproceed to recover it as arrears of land revenue.

Slamming the Ordinance as unconstitutional and undemocratic social activist and High Court advocate Nutan Thakur told Tehelka that, “I am going to challenge this controversial Ordinance because it has been promulgated with malafide intensions, its contents are wholly arbitrary amounting to culpable exercise of power, violation of fundamental rights and healthy democratic practices.”

“The Ordinance is totally vague and ambiguous with respect to loss of private properties whereas it gives excessive powers to administration and police and snatching right to judicial remedies against the orders of Claim Tribunal,” she added.

Nutan Thakur also filed an FIR on 12 March in Gomti Nagar police station of Lucknow regarding alleged trolling of high court judges on social media sites- twitter with hash tag #BehaveJustitues and other, who ordered UP government to remove posters and holdings of anti CAA protesters on March 9.

Additional District Magistrate (East) K.P Singhhad issued orders to 28 persons to payaround 64 lakh within 30 days or face confiscation of their propertiesas recovery for damage to private and public property during the protests against the Citizenship (Amendment) Act at the ParivartanChowk on December 19. Many private vehicles, including a state bus and police motorcycles and OB vans were set on fire or damaged in the acts of arson and sabotage.

Meanwhile, Shaheenbagh-like peaceful protests are continuing for more than two months at Ghantaghar of Lucknow against CAA despite alleged irritations from police administration.

No end to rapes as women’s safety is still a hard... 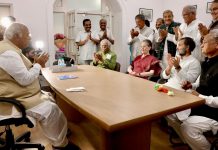