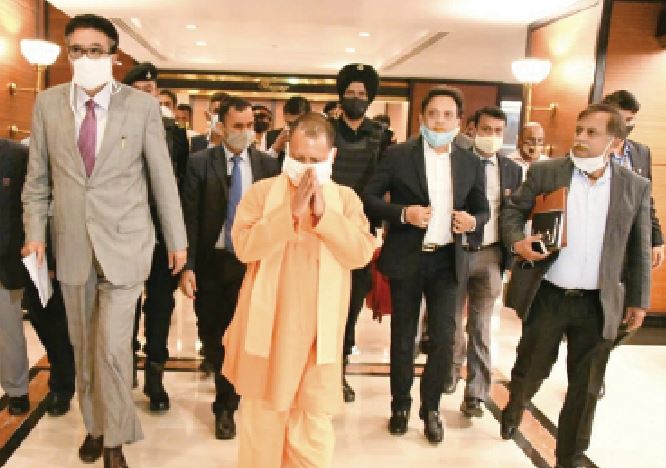 Uttar Pradesh Chief Minister Yogi Adityanath has now targeted to bring back the talent of his state, who are illuminating the glamorous world of Bollywood through contributing as a major source of revenue for the economy of Maharashtra. His firm resolve started taking shape at a strategically planned mega film city in 1000 acres of prime land in the upcoming economic hub on Yamuna Expressway, just the vicinity of NOIDA International Airport (Jewar) and Delhi-Mumbai Expressway.

Mr Sehgal proved his untiring potential to achieve herculean challenges in record time like completion of Lucknow-Agra Expressway and rejuvenating Khadi and Village Industries from perpetual sickness and MSME sector with the implementation of Yogi Adityanath’s dream project ODOP (One District One Product) with production, marketing and skill development activities of artisans generating huge employment opportunities for migrant workers during the lockdown.

The Government of Uttar Pradesh and the Yamuna Expressway Industrial Development Authority supports the development and will create common facility infrastructure for the parties interested to set up studios and production units at the film city. 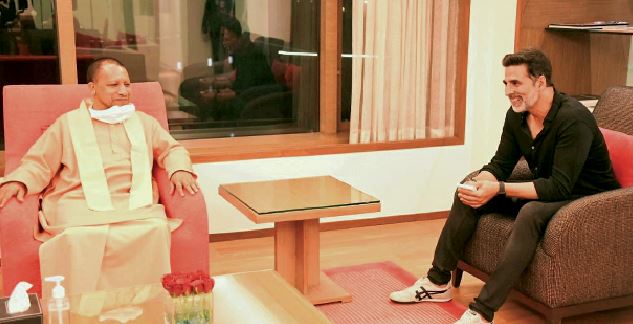 “The generous policies of the UP government attracted the Bollywood to take the benefits of conducting maximum shooting at the various location sites in the sprawling state with multiple regional languages, traditional rituals and cultural heritage. The state offers subsidy up to 2.5 crores as an incentive beside benefits of tax exemptions also. It has adopted a single window system to have all the permissions,” explained ACS Information and MSME Navneet Sehgal in a conversation with Tehelka.

In a bid to build the Noida film city project, CBRE South Asia Private Limited, a Fortune 500 company has been selected as a consultant, informed Arunvir Singh, CEO, Yamuna Expressway Industrial Development Authority, Uttar Pradesh. The company will prepare a DPR within two months.” It was decided by a committee headed by CEO Arun Vir Singh of YEIDA. Mr Singh told, “Four agencies had participated in the bid for this prestigious project on December 7, in pursuance to tender floated on November 29. We opened the financial bids and finalized the nodal agency to accelerate the development of this project.”

The YEIDA has been exploring three models: public-private-partnerships (PPP), the authority alone, or another single developer, to develop the project. The DPR would weigh all the options to find an effective sustainable solution. It will contain the details of the layout of the sector dedicated to the film city project and the financial feasibility of the project. The objective of the study is to suggest a viable financial model for development. The Consultant agency would actively consider the option of complete land transfer to a single private developer for developing all infrastructural facilities and further leasing out the land to individual parties.

YEIDA prepares the site plan and leases individual plots to interested parties Govt. of UP and YEIDA join hands and create infrastructure and further lease the facility for shooting and filmmaking. “We are not snatching anyone’s investment or opportunity. We are proposing just another world-class film city in UP,” explained CM Yogi.

“We are in the process of giving the country a state-of-the-art new film city. We are giving a new thing – an excellent infrastructure of international standards. Everyone needs to grow up, think big and provide better facilities in order to attract people and investments. This is an open competition to provide better facilities and a secure environment and UP is committed for this,” the chief minister assured film personalities.

“It is not a `Pick and Choose’ matter and the state government has formulated its liberalised investor-friendly policies for different sectors. An investor needs a safe environment, beneficial policies and a land bank, besides other infrastructure which Uttar Pradesh offers to them without any hitch,’’ said asserting chief minister that Uttar Pradesh has all the resources at its disposal to make UP an ideal destination for the investors. “Our sole objective is that India’s economy should develop into the strongest economy in the world to make their contribution in the efforts of Prime Minister Narendra Modi and UP is giving its share in the form of Film City,” he added.

Upset over Yogi Adityanath proactive moves Maharashtra chief minister Uddhav Thackeray made a veiled dig at his ‘Mission Bollywood’ claiming, “No one can come to Maharashtra and take away industries from here.” Film City is considered as a precious gem in the crown of Mumbai and while Yogi Adityanath voyaged around the City of Dreams for investment, the Maharashtra government may not take it kindly.

The Uttar Pradesh during the tenure of chief minister Narayan Dutt Tiwari led congress rule had earlier experimented bring film production activities to its ambitious film city project in the plush and premier Sector 16A Noida, adjoining boundaries national capital Delhi. The Film city initially established a series of big studios and regular shoots by prominent film personalities and production entities; however, most of its space has been either leased to or bought by big corporate houses for their respective offices or for business activities at a high premium price. Therefore, the purpose of bringing film production activities completely flopped.

The dream new Film City project at a strategically designed prime location on Yamuna Expressway, with 780:220 acre ratio for industrial and commercial use respectively — posing a similar challenge to its successful implementation ahead taking lessons from bitter experiences of betrayal from film personalities who earned enormous profits from the plots given to them at through away prices.