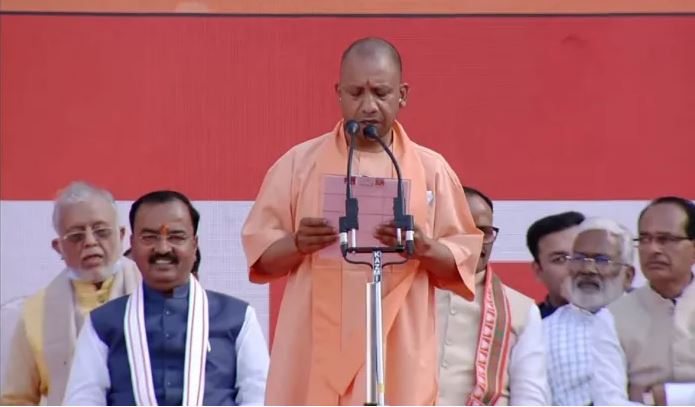 Keshav Prasad Maurya and Brajesh Pathak took oath as the Deputy Chief Ministers of the state.