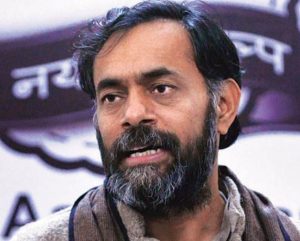 Activist Yogendra Yadav was detained by the Tamil Nadu police in Chengam in Tiruvannamalai district on Saturday, where he was scheduled to attend a protest organised by farmers against the upcoming eight-lane Salem-Chennai expressway. In a series of tweets, he alleged that he was manhandled and pushed into a police van.

” TN police has detained me and team in Chengam PS, Thiru Annamalai district. We came on the invitation of Movement Against 8Lane Way. We were prevented from going to meet farmers, phones snatched, manhandled and pushed into police van. First hand experience of police state in TN!” tweeted Yadav.

The police had denied the allegations, saying the activist had not sought permission before meeting the farmers.

In another tweet by Yadav, “Supdt. Police, Thiru Annamalai is here to tell me hay they apprehend law and order problem due to my presence! I am saying I will only visit farmers inside their homes. SP says I am not allowed! Gandhian disobedience is the only way out, it seems.”

Yadav in his tweet mentioned that farmers who were waiting to meet him, detained by police.

“It’s 4 hours now, we are still locked inside this marriage hall. No formal order Not even oral information about whether we are under detention or arrest 9 Farmers who met me this morning detained Another 40 farmers waiting to meet me also detained. Rule of law? Or police Raj?” Yadav tweeted.

The eight-lane Salem-Chennai expressway has been facing opposition from a section of locals including farmers over fear of losing their land.

Purpose of delimitation to give immediate democracy to J&K: Centre to... 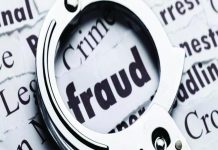