Prime Minister (PM) Narendra Modi on Thursday performed yoga with over 50,000 enthusiasts in Dehradun to mark the fourth International Yoga Day celebrations. Addressing a large gathering PM Modi said,  “Friends, the world has embraced Yoga and glimpses of this can be seen in the manner in which International Day of Yoga has been marked every year. Infact, Yoga Day has become one of the biggest mass movements in the quest for good health and well-being.”

“From Tokyo to Toronto, from Stockholm to Sao Paulo, Yoga has become a positive influence in the lives of millions. Yoga is beautiful because it is ancient yet modern…it is constant yet evolving,” PM Modi added.

Describing Yoga as the ray of hope and solutions to our problem, Modi said, “It has the best of our past and presents and a ray of hope for our future. In Yoga, we have the perfect solution to the problems we face, either as individuals or in our society. Ours is a world that never sleeps. At every given point, there is something happening in a different part of the world. A fast-paced existence brings with it lot of stress. I was shocked to read that every year, almost 18 million people all over the world die due to heart-related diseases. About 1.6 million people lose the fight against diabetes. The way to lead a calm, creative and content life is Yoga. It can show the way in defeating tensions and mindless anxiety,” Modi added.

“Instead of dividing, Yoga always unites. Instead of further animosity, Yoga assimilates. Instead of increasing suffering, Yoga heals. Practising Yoga has the ability to herald an era of peace, happiness and brotherhood.”

“More people practicing Yoga means the world needs more people to teach it. Over the last three years many individuals are teaching Yoga, new institutions are being set up and even technology is connecting people to Yoga. I urge you all to build on this momentum in the times to come.”

May this Yoga Day become an opportunity to deepen our connect with Yoga and motivate people around us to practice it. This can be the enduring impact of this day. 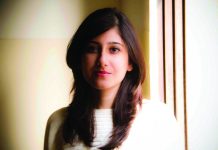 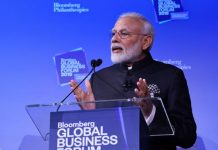