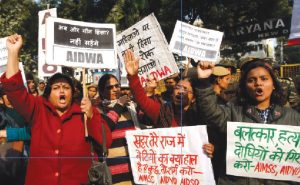 Earlier this month, a 19-year-old woman from Punjab was allegedly raped by two men at knife point near a toll plaza in Haryana’s Karnal. The incident took place when the woman and her husband where returning home after meeting a relative in Panipat. The woman got down from the bus she was travelling in to collect money from a relative.

The woman, then, went to a toilet near the toll plaza. The police said one of the accused was selling eatables at a shop near the toll plaza while the other worked as a security guard. According to the FIR, one of the accused threatened the woman with a knife and took her to a nearby underpass and raped her. Such cases are not isolated, but happen on a regular basis in Haryana.

Over the years Haryana has had one of the worst sex ratios in the country. To top that, there is a deep-rooted system of khap panchayats and innumerable incidents of honour killings. Besides, there is easy access to pornography, and vulgar songs and dances in TV and films.Unemployment is on rise, alcohol and drug abuse are also on rise. All this leads to a pervert mind that has no respect for the other sex.

It is ironical indeed that Haryana, which was the launching pad of the BJP’s government’s ambitious national flagship programme Beti Bachao Beti Padhao scheme, has earned the dubious distinction of having the worst safety record against women. So bad is the situation in Haryana that it is often referred to as the ‘gang rape capital’ of India. With nearly one gang rape every two days since 2016, Haryana is considered one of the unsafest places for women in the country.

As many as 3,59,849 cases of crime against women were registered across the country in 2017, continuing the upward trend for the third consecutive year. The cases categorised as crimes against women in Haryana also continue to rise. The crimes include murder, rape, dowry death, suicide abetment, acidattack, cruelty against women and kidnapping, etc.

The number of crime against women witnessed a jump of whopping 26 per cent in 2018 as 14,326 Crime against Women were recorded in year 2018, which is also third highest rate among all the states and UTs in the country.

Cases of molestation, rape, gang rape dot every nook and corner of the state on a sickening regular basis. Today Haryana perhaps has the worst record in saving the honour of the girl child. The state has miserably failed the test for the safety of women. Even otherwise the law and  order situation in the beleaguered state is one of the worst in the country.

It is tragic that cases of loot, assault, kidnapping, violent fights, wife bashing, honour killing, murders and gang rapes are a regular feature of the state with the police failing to put a stop or even a check on such violent activities which have given such a bad name to the state.

Haryana incidentally is one of India’s richest states according to per capita income.

It is the powerhouse of sports and its players win maximum number of medals and awards at any international sports meet. And yet when it comes to crime, molestation, sexual assaults and gang rapes there is no state which can match its `feats’.

Crime against women in Haryana has gone up in leaps and bounds over the years, according to the National Crime Records Bureau records (NCRB).

Incidentally, two Haryana districts including Gurugram and Faridabad, which share their border with the national capital of Delhi, witnessed highest number of crimes against women. In 2017, 172 cases of rape were registered in Gurugram, while the number of molestation cases was 380.

According to Bhupinder Singh Hooda, Leader of Opposition in Haryana Vidhan Sabha and former Congress Chief Minister, “This BJP government in Haryana has failed on all fronts. The law and orde situation has completely broken down. Heinous crimes are increasing, but the government seems to be in a deep slumber,”.

Another senior Congressman and AICC spokesman Randeep Singh Surjewala says Haryana has become a crime hub under the BJP.

According to Yogeshwar Sharma, Panchkula district and Ambala constituency Lok Sabha president president of Aam Aadmi Party (AAP), the youth are getting strayed into wrongful
activities due to growing unemployment for which the Haryana government is to blame. The deteriorating law and order situation is much to blame,’’ says Sharma.

Opposition parties, including the Indian National Lok Dal (INLD) have demanded resignation of Haryana Chief Minister Manohar Lal  and impostion of President’s rule as the state government has failed to check the deteriorating law and order situation, especially crime against women. 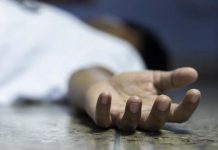 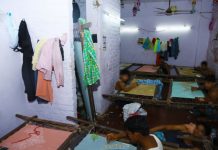