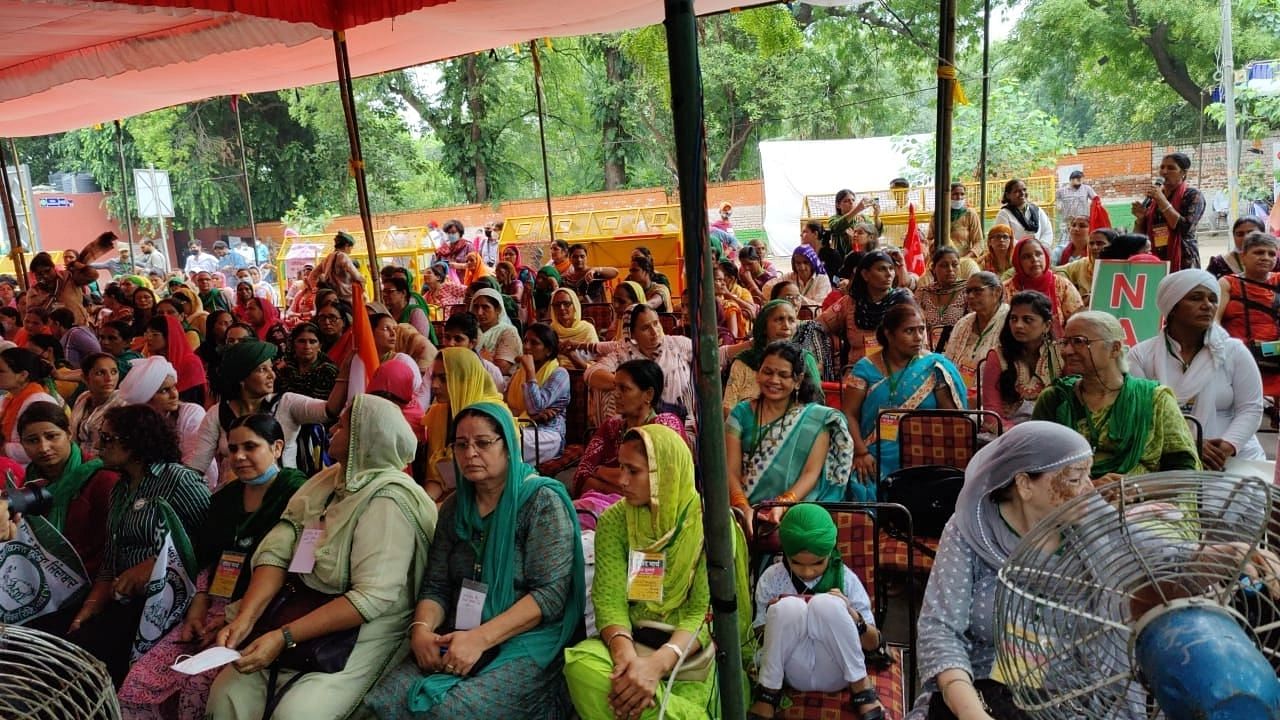 As farmers protest against the three central farm law entered into the eighth month, teams of women protesters are heading out to participate in ‘Kisan Sansad  at the Jantar Mantar on Monday.

The collective of over 40 protesting farmer unions said in a statement that several convoys of women farmers were reaching the Delhi borders to join the ‘Mahila Kisan Sansad’.

According to Samyukta Kisan Morcha  – “ Kisan Sansad at Jantar Mantar will be conducted entirely by women on Monday . The Mahila Kisan Sansad will reflect the key role that women play in Indian agriculture, and their critical role in the ongoing movement too. Convoys of women farmers from various districts are reaching the morchas for the Mahila Kisan Sansad,”.

“For the first time, women will independently run the parliament “Kisan Sansad”, said one of the women protesters.

Farmers have been protesting on different borders on the National Capital since November 26 last year against the three newly enacted farm laws.