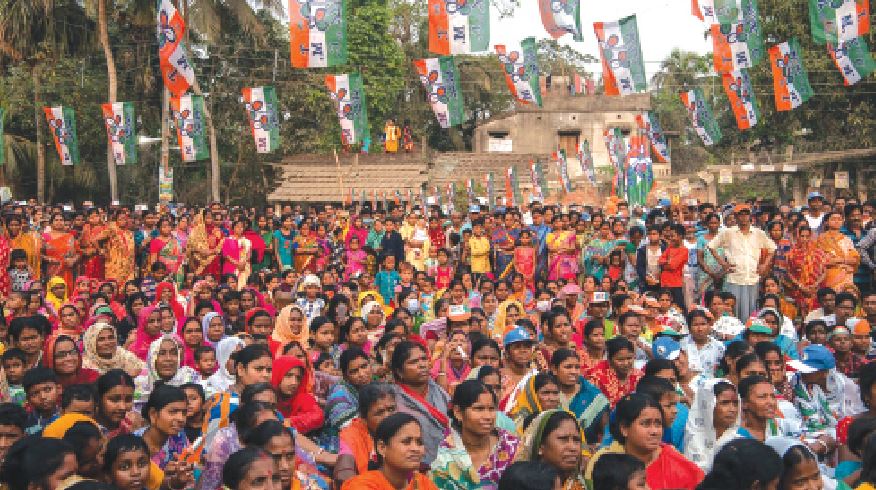 Though the women electorate is being wooed by all the parties everywhere in their manifestos as more and more women are stepping out to exercise their right, when it comes to giving them representation in the legislative bodies, the walk doesn’t match up to the talk, writes AANANDIKA SOOD

Have you been seeing or reading the news lately? The Vidhan Sabha elections are the talk of the town (or rather nation at the moment) and the focus has come to be largely on the electorate and wooing tactics by the parties in all 5 states going to the polls. Visuals in print and on TV show long queues of women voters than males, at many booths.

West Bengal is among the few major states like Andhra Pradesh, Tamil Nadu and Kerala with a relatively higher participation of the women in elections.

As I write this article voting for phase 4 is on the anvil, my two helpers have come in and the reset button has been hit in the household. We begin our day with some tea and talk about the current political scenario and both women seem to be well informed and vocal. I realise once again, as I have often in my 10-year stay here, that the women in Bengal have a mind of their own.

And apparently I am not alone. The whole wold is waking up to this fact which has maybe led to the gendered approach that we are witnessing in 2021 State Assembly elections. But are the political parties on the same page with the rest of us?

Maybe not, if you look at the numbers given to women in the candidate list by the various parties.

The Election Commission of India (ECI) had in November released the final electoral roll for the 2021 Assembly elections in West Bengal with the inclusion of 20.5 lakh new electorates comprising 2.68 first-time voters aged between 18 and 19.

After the final voter-list was released the number of voters in the state stood at 8,32,94,960. Among the total electorates, 3,63,7,307 are male, 3,59,26,064 are female and 1,590 are third gender voters. The total number of voters in Bengal had increased by 2 percent as compared to the previous final electoral roll with the state’s women voters having crossed the 49 per cent mark.

Such has been the influence of the increasing number of women voters that even the Election Commission of India directed the state governments that at least 1 polling station which was to be fully manned and managed exclusively by women be set up in every Assembly Constituency in the 5 states- Assam, Kerala, Tamil Nadu, West Bengal and Puducherry- going to polls.

But with these different figures of the women electorate and officials involved in mind and the candidature given by the parties to women in these elections, things look a bit ironical.

While she understands to be and works tirelessly to prove herself to be Bengal kibeti,  Mamata Banerjee’s party TMC has allotted approximately 17 per cent of the total seats to women. In other words women candidates will be participating on 50 out of the 291 seats which TMC is contesting in West Bengal Assembly polls 2021.

Mamta Banerjee concludes all her campaigns with the question “Amar ma-benarbolun, khelahobetoh?” (Tell me my mothers and sisters, shall we also play?) addressing the women participants that come from far and wide. She has been working to get women on her side since 2012, the first time she became the Chief Minister.

The All India Trinamool Congress manifesto 2021 promises an increase in reservation for women in Panchayat and promises ration delivery at the doorstep, among host of other benefits like upgrading two very successful schemes Kanyashree (launched in 2012) and RupashreeParkalpa (2018), 1000 advanced Matri Yan ambulances to transport pregnant mothers and new born babies, MatriBardaan to help set up 10 lakh new Self Help Groups.

Bharatiya Janata Party had released the names of the candidates it will be fielding on 282 seats out of 294 in West Bengal. Out of these 282 seats, BJP announced women candidates for 36 seats.

Realising that they had to better or at least match what TMC had put on offer for the women voters of the state, BJP in its manifesto called the Sankalp Patra promises 33 percent reservation for women in government jobs in the state if the party comes to power. It also promises free education to women from Kindergarten (KG) to Post Graduation (PG. Though the features of this KG to PG scheme sound similar to the internationally acclaimed Kanyashree scheme launched by TMC in 2012), free rides to women in public transport and 9 women only police battalions and three battalions under the State Reserve Police force as well as increase the widow pension of Rs 1000 to 3000.

The Left-Congress-ISF alliance which released its election manifesto ‘Banglar Disha’ (A direction for Bengal) mentioned its previous wins and laid stress on filling vacancies, job creation and women’s safety.The coalition has given tickets to 38 women candidates in the list for 250 assembly seats.

In the 1stphase of polling all constituencies in Purulia, Jhargram and segments of Bankura, PurbaMedinipur and Paschim Medinipur went to vote for 191 candidates, including 21 women candidates in the fray. A total of 73,80,942 electorates cast their votes, including 7,52,938 male voters, 36,27,949 female voters, 55 of the third gender and 11,767 service electors.

In the 2nd phase about 76 lakh electors have been enlisted. Out of these 38.98 lakh men and a very close 37.13 lakh women were enlisted in the 30 Assembly constituencies where 171 candidates contested.

During the approaching 4th phase of polling on April 10th total of 1,15,81,022 voters, including 58,82,514 men, 56,98,218 women and 290 members of the third gender, will decide the fate of 373 candidates in Saturday polling in constituencies spread over Howrah (Part II), South 24 Parganas (Part III), Hooghly (Part II) in south Bengal and in north Bengal’s Alipurduar and Coochbehar.

The numbers, the facts and figures, the points in the manifestos and the talk on every panel right now is about Bengal’s women electorate and the decisive role it will play in the elections. It makes one wonder about the dual nature of things in politics and life. 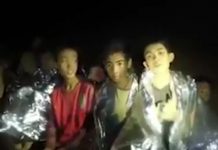 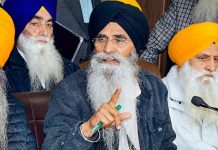