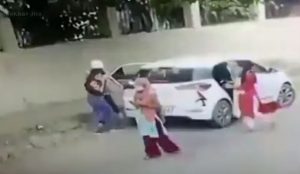 In a shocking incident, a woman was shot dead in broad daylight by a man outside her college in Haryana’s Ballabhgarh. The assailant tried to forcibly make her sit in his car but the woman refused. Failing the possible bid to kidnap her, the assailant shot the girl and later fled with his associate in a car. The girl was rushed to the hospital where she was declared brought dead.

According to reports, the victim had come to write her college exam when the incident happened. As per the victim’s father, a complaint was made earlier against the assailant as they used to trouble her.

The incident was captured on a CCTV camera. In the video, two youths are seen coming out a white I20 car and tried to get hold of the victim. One of the accused tries to pull the girl inside the car in order to abduct her but as she resists, the assailant pulls out a gun and shoots her.

According to police, the victim had come to college for an exam. Accused, Touseef, who hails from Sohna, whom she knew, tried to kidnap her & then shot her. The police have arrested one of the accused Taufiq. Taufiq hails from Mewat, Haryana and is being questioned. 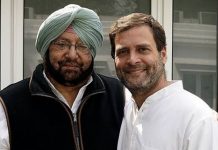