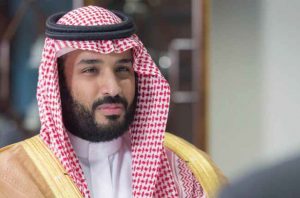 The House of Saud, which runs the government in Saudi Arabia, is faced with a major crisis. No one knows what will happen to it in the near future when the present monarch, King Salman bin Abdul Aziz, father of Crown Prince Mohammed bin Salman or MBS, retires. The king must have obviously felt that the kingdom would be safe in the hands of MBS when he appointed in June 2017 his eldest son in a position to succeed him. But there are indications that MBS does not feel confident enough to step into the shoes of his father once the latter abdicates his responsibilities in the near future.

Eighty-four-year-old King Salman is unlikely to continue to guide the destiny of the kingdom for a few more years because of his failing health. In 2017, he was reported to be suffering from pre-dementia which might have advanced by now.

Viewed against this backdrop, the recent action by MBS against three members of the royal family on suspicion of these people being involved in a plot to overthrow him from the position he has acquired to be the unquestioned heir apparent to the king is quite understandable. MBS sensed serious trouble from Prince Ahmed bin Abdul Aziz, his uncle and brother of King Salman, former Crown Prince Mohammed bin Nayef (who had been under house arrest since 2017, when he got replaced as the Crown Prince) and his younger brother Prince Nawaf bin Nayef and recently detained them along with a number of high-ranking officials.

Whether the arrested Saudi royals were involved in an anti-MBS conspiracy to upstage him as the future king of Saudi Arabia or not, they were open critics of the style of functioning of MBS, who is conducting the affairs of his country as the de facto king. Nothing can happen on the defence, political, economic, social and religious fronts without his consent. The action against the three royals, it seems, has been aimed at silencing them at least till MBS finally takes over as the King of Saudi Arabia.

But can he now feel certain to realise his political ambitions under the prevailing circumstances? There is no straight answer to this question. Though he is already the de facto king of his country, he lacks some crucial qualifications which his predecessors, including his father, possessed. They did not lack the qualification of legitimacy, which comes with unanimity among the royals about the Crown Prince taking over as the King.

MBS would not have been sure of getting the “bay’ah”, the oath of allegiance, from the senior princes represented in the 33-member committee that was established for the purpose in 2008 by King Abdullah. Though the “bay’ah” cannot stop his ascension to the throne, it can definitely shake the confidence of the person concerned because of the missing stamp of legitimacy of the royals.

There are two other major parameters on which MBS will have to come clean. He does not have a strong credentials as a ruler who has been working hard to ensure that all the citizens of the kingdom are satisfactorily benefited by the distribution of Saudi Arabia’s wealth. This is one of the two main pillars which have been providing the much-needed strength to the Saudi dynasty.

The other pillar was a close alliance with the Wahabi religious establishment, which has not feeling comfortable with the measures MBS has taken after his elevation as the Crown Prince. The opening of cinema halls and allowing music concerts and casinos have not gone down well with the Wahabi school of thought, though his modernizing efforts have been applauded in the West.

Two other factors have also severely dented his reputation: Riyadh plunging into the war in Yemen and the killing of well-known journalist Jamal Khashoggi in a Saudi Arabian consulate in Istanbul, Turkey. The war in Yemen, where the Saudis are backing the incumbent ruler against the Houthi rebels, has consumed considerable resources of the kingdom — $5 billion-$6 billion a month.

So far, no side can claim to be the gainer in the Yemen war that began in March 2015 with the Abdrabbuh Mansur Hadi-led government on the one side and the Houthi armed movement being on the other along with their foreign supporters and allies. The Houthi rebels, being Shias, have been getting considerable support from Iran with its allies like Russia providing them the arms supplies. The Saudis, for whom money has not been a problem, have been openly helped by the US and its Western allies like the UK and France with sufficient arms supplies to eliminate the Houthi rebellion.

However, the war, expected to last just a few weeks (it began four years after the then dictator Ali Abdullah Saleh was forced to hand over power to his deputy, Abdrabbuh Mansur Hadi in 2011, in the wake of the Arab Spring), refuses to come to an end. It has severely impacted the economy of Saudi Arabia itself, Riyadh cannot get out of it without it coming to an end. And it was the MBS idea for the Saudis to jump into the Yemeni war theatre, now a difficult quagmire from where it is not easy to come out unharmed.

The Yemen war plus the hostilities in Syria have weakened the economic base of Saudi Arabia, being governed by MBS as the de facto king. He has taken a number of measures to provide a new impetus to the country’s economy but in vain.

The kingdom’s economic woes are yet to subside when it has been hit by a price war on the oil front. To ensure that the oil war goes in favour of the Saudis, Riyadh has declared to drastically reduce the prices of its petroleum products to give a major jolt to its main competitor, Russia. But both countries have been the sufferers so far though they have sufficient reserves in terms of the dollar to withstand the financial pressure being caused on their economy.

The problem with Saudi Arabia is that sustained low oil prices may hit adversely the government’s spending on projects that are part of the MBS drive to diversify the Saudi economy to boost the morale of the Saudi masses. Though the oil price crisis has been primarily caused by the coronavirus threat, it is bound to lead to a situation in which the would-be king will have a lot of explaining to do. The oil economy-related issue is, in any case, going to add to the woes of MBS when he is preparing to finally ascend to the Saudi throne as, perhaps, the youngest ruler of the most powerful Arab nation.