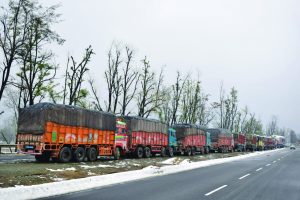 The Kashmir Valley produces 77 percent of the country’s apples and earn around 10,000 crore for the state. This qualifies it as the “backbone” of Kashmir’s economy. But lingering shutdown and communication blockade in the Valley and the recent killings of four non-local truckers and traders associated with the trade has wrought havoc with the industry.

It has raised the cost of sending apple to markets across the country. The transport rates which otherwise hovered around 80 per apple box  for the capital have now gone up to around 200 and similarly for states down south the rates have gone up from 200 to around 400. An apple box weighs 15-20 kg and different varieties of rice can fetch rates anywhere between 500 to 1400. “This year things have been really tough,” says Basharat Rasool, a grower. “A substantial portion of the apple has been wasted for want of buyers and also transportation outside the state”.

Until middle of October, thickly hanging apple trees lay unpicked in his orchards in Budhan, a North Kashmir village, in the midst of harvest season. Rasool faced formidable challenges in picking, packing and transporting the produce to markets outside the state.  He found it difficult to transport the produce even to Kashmir’s own fruit market at Sopore.

“Lack of communications has been the single most impeding factor for the apple farmers,” Rasool adds. “Though restoration of postpaid mobile phones has eased the situation a bit, lack of internet remains a problem.”

Rasool showed his dissatisfaction with the  recently announced Government Market Intervention Scheme whereby a state run cooperative was charged to buy all the apple produce at competitive prices. “This isn’t working out,” he says. “The cooperative is not paying competitive prices as claimed but far less than that”.

The Kashmir Valley is linked to the rest of the country by Jhelum Valley road. Difficult terrain and nature’s whims along this road raise transportation costs of the apples as they make their way to the markets of Delhi and other parts of the country.

The long distance these apples have to travel is not a problem; it is the transportation hazards that apple growers want protection from. More so, during the periods of unrest. The extraordinary situation prevailing in the Valley following revocation of Article 370 has taken a huge toll on the horticulture,  spread across 1.87 lakh acres of land and employing more than three million people in  the newly created Union Territory.

Also, apart from the political situation, the apple industry is done in by the infrastructure bottle-necks too. The inadequate infrastructure and lack of proper transportation cause hundreds of kilos of apples to rot and go bad along the way to other markets in the country.

The  promise of the authorities to procure refrigerated vans for the safe transport of apples is yet to materialise. Besides, there are no sufficient cold storage facilities that could have helped growers to not only preserve apples for a longer time but also release it to the market when they got a good price. Without these facilities the apple farmers are forced to sell their produce immediately.

Horticulture in Kashmir faces another massive challenge from a network of market functionaries like pre-harvest contractors, commission agents and farmers, who exercise a stranglehold on the market. A survey carried out by the National Bank for Agriculture and Rural Development (NABARD) in past had revealed that around 3,000 commission agents in Kashmir who mostly base themselves in Delhi and utilise the services of pre-harvest contractors hold the farmers captive through advance funding and subsequently force them into distress selling of their produce. 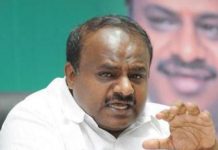