“Well done DRDO, extremely proud of your work. I would also like to wish the PM a very happy World Theatre Day,” Rahul tweeted.

Besides Rahul, other Opposition leaders hit out at PM Modi for his announcement on India’s anti-satellite missile capability by shooting down a live satellite.

In a series of tweets, Trinamool Congress (TMC) chief and West Bengal Chief Minister Mamata Banerjee said, “India’s Mission Programme is world-class for many many years. We are always proud of our scientists, @DRDO_India, other research & space organisations.”

Research, space management & development are a continuous process over the years. Modi, as usual, likes to take the credit for everything. Credit to those who really deserve it, our scientists & researchers,” she added.

Mamata said today’s announcement is yet another limitless drama and publicity mongering by Modi desperately trying to reap political benefits at the time of election. This is a gross violation of Model Code of Conduct.

She added that there is no great urgency in conducting and announcing the mission now by a government past its expiry date. It seems a desperate oxygen to save the imminent sinking of the BJP boat. “We are lodging a complaint with the Election Commission,” Mamata said.

“Today @narendramodi got himself an hour of free TV & divert nation’s attention away from issues on ground — #Unemployment #RuralCrisis & #WomensSecurity — by pointing at the sky. Congratulations @drdo_india & @isro — this success belongs to you. Thank you for making India safer,” Akhilesh tweeted. 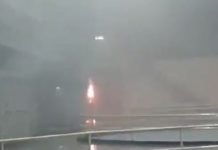 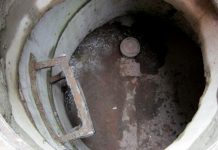