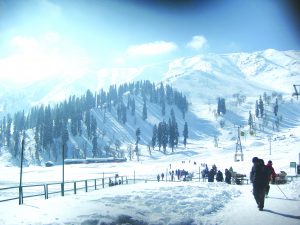 This winter has so far turned out to be very harsh in Kashmir. The Valley has experienced successive heavy snowfall since beginning of November, throwing life out of gear: electricity has been erratic, traffic movement has been affected, more so along Jammu-Srinagar highway and the flights have recurrently been grounded. For seven days since December 6, no flights operated from Srinagar Airport, leaving thousands of people stranded.

The new J&K administration under Lieutenant Governor Girish Chander Murmu has struggled to deal with the successive snow fury. During first snowfall on November 6, the administration took days to clear roads of snows and electricity also took several days to restore.

In Kashmir, the response to a snowstorm is always a major test of the responsiveness of any administration. Considering the fact, the winter in Kashmir is harshly cold, the local governments are supposed to be not only prepared for sudden weather challenges  but also once faced with the challenge address it in the shortest possible time.

But for all the hardships it creates for the people, the snowfall in Kashmir is a boon for tourism. It is expected to bring holidaymakers back to the Valley. But this hasn’t happened so far. At 8,960 feet, Gulmarg, Kashmir’s wonderland of snow, has fewer tourists to serve. According to the tourism department, the occupancy of hotels in the famous hill resort has steeply fallen, a rarity in this season.

The absence of the tourists in the winter is put down to the still unfolding fallout of the revocation on August 5 of Article 370 which granted J&K an autonomous status under Indian constitution. Kashmir has since been largely under a security lockdown and a communication blockade. Even though the lockdown has gradually been relaxed, the communication clampdown largely stays. The Valley still doesn’t have the prepaid mobile phone and more importantly the internet service.

The hoteliers display a mixed sentiment: only some are upbeat. The tourism department, more so. They hope to receive more tourists as the exorbitant cost of air tickets to Valley comes down.

“Removal of government advisory on Kashmir hasn’t altered the situation on the ground. The tourists are still reluctant to come,” says Manzoor Ahmad Pakhtoon, a member of Jammu and Kashmir Tourism Alliance. “But we hope the situation might change”.

Pakhtoon fondly reminisces the pre-August 5 period when hotels in Kashmir had 60 to 70 percent occupancy.  “Houseboats were booked to the gunwales, despite the Pulwama attack,” says Pakhtoon. “

But this winter has so far turned out to be the worst in years. Compared to last year’s records, the occupancy in hotels has halved.

Lifting of advisory in October hasn’t thus made much of a difference. “Tourist arrival depends on how the situation evolves in the Valley and its coverage in the media,” says Nasir Ahmad Khan, the senior Vice President of Kashmir Chamber of Commerce and Industries. “And that seems to be still sometime in future”.

Tourism forms 6.8 percent of Kashmir’s GDP and employs 2 million people.  Now the industry stares at an uncertain future. A significant number of people associated with it have either been laid off or are in the process of losing their jobs.

Now Kashmir’s beleaguered tourism industry is banking on snow to resuscitate it. According to hoteliers, a trickle of visitors has started arriving. Some local news channels have also shown tourists playing with snow at Gulmarg and Pahalgam, Kashmir’s prominent scenic resorts.

“It is wonderful here. I can’t have enough of it,” said Sanjay Kumar. “I appeal to people in rest of the country who are planning a holiday to visit Kashmir. It will be an unforgettable experience”. But as of now the hoteliers and the other traders associated with the tourism industry are keeping their fingers crossed. “We haven’t lost hope,” says Pakhtoon. 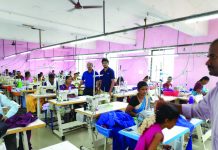