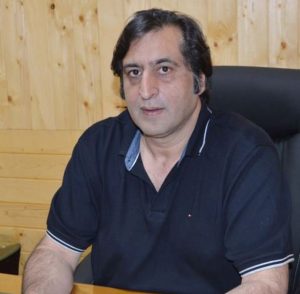 Is the BJP trying to split its erstwhile ally, the PDP to form a new government in J&K? It looks like it is, even though the senior party leaders like Ram Madhav have denied such reports. On ground, the situation looks contrary to Madhav’s assertions. Ever since the state was placed under Governor’s rule on June 19, six PDP legislators including an MLC have raised a banner of revolt against their leader Mehbooba Mufti, blaming her for turning the party into a family fiefdom. Imran Raza Ansari, who is spearheading the rebellion, even termed the PDP as the Family Democratic Party.

But the number of the rebels still falls far shorter than what is needed to form a government. What makes the process further daunting is the state’s stringent anti-defection law which requires at least two-third legislators of a party to defect before it is recognised as a separate group. A member or two short of that would invite disqualification from the Assembly.

With 28 seats the PDP is the largest single party in the 87-member Assembly. The BJP is second largest with 25 followed by National Conference (15), Congress  (12), People’s Conference (2) and Independents. So, a party or a coalition needs 44 seats to form a government.

But for all its seeming  complications, the defection won’t be too difficult to accomplish. That is, if the BJP is intent on it and is willing to support a breakaway faction. Besides, the prospect of a new government and enjoying the  spoils of power is  too tempting an opportunity to be passed for the most PDP leaders who are not hopeful of being re-elected owing to a deep public anger against their party.

Another factor which aides these efforts is that Assembly election in the state is still two and a half years away. This reality  is  encouraging a rethink  among many legislators about their loyalty to their respective parties, more so among those from the PDP.

Sensing the emerging threat to her party, Mehbooba has already warned the centre against any attempt to break her party, saying “it can have serious repercussions and  strengthen the forces calling for boycott of elections, as it will send out a message that mandate of the people is not being respected.”

She also told a television channel that engineering defections in her PDP to form the government in the state “will erode the trust of the Kashmiris in Indian democracy”.

“If Delhi intervenes and breaks our party, and makes Sajad Lone or whosoever CM, it will erode the trust of the Kashmiris in Indian democracy. Any intervention from Delhi will be taken seriously,” Mehbooba said.

Similarly, Omar Abdullah has called for the dissolution of the Assembly to prevent horse trading.

“The cure for all these rumours of horse-trading, breaking political parties over government formation will be solved with the dissolution of assembly,” Abdullah said in a statement.  However, he made it clear that his party was not demanding early elections.

“We understand that it will take time to create a climate conducive for elections in Kashmir, but at least for the meantime, you can put an end to this unnecessary and unseemly sort of rumour mongering,” the NC leader said.

Last month, Mehbooba had to resign as the J&K Chief Minister after the BJP dramatically pulled out its support to her.  But for all the allure of a PDP-BJP alliance and its apparent ”one-stop solution” to the state’s ongoing turmoil,  the coalition had become difficult to sustain. Ideological differences apart, which are too fundamental in nature to be easily coalesced, the two parties found even their everyday operation full of contradictions.

Now the effort seems to be to get rag-tag group of the legislators driven by the lure of power than an ideology to form the government. And it is a prospect that seems well within the reach.

There are some sticking points though: the question of who will be the Chief Minister in such a coalition. While Sajad Lone looks to be the obvious favourite for being close to the BJP and also because he is believed to enjoy the trust of the Prime Minister Narendra Modi, the BJP is said to be plumping for a Hindu Chief Minister, preferably Dr Jitendra Singh, the union minister of state in Prime Minister’s Office. But that would be a hard-sell for the potential defectors from the PDP. So, if at all, the possibility of a new government becomes a reality, Lone remains the preferred choice.

The efforts to form a new government, however, are being looked down upon in Kashmir. People already feeling let down by the Mehbooba-led government have little patience for yet another experiment – and a patently illegitimate one at that.

“It looks like all is not hunky-dory with the political situation in the state. Despite Governor rule being in place and apparently for the long term, the efforts are being made to cobble together a new coalition government comprising the disgruntled members from the various political parties, including from the PDP,” an editorial in a local daily said. “A design is already in works which could culminate into a government formation through unfair means. And should this come to pass, this   will be a deeply unfortunate development. Certainly, some people will benefit but its fallout will be profoundly detrimental and long term”.

Meanwhile, the actors involved in the effort are busy with their attempts to cobble together the requisite number. Time is on their side. Things are likely to become clear in the days to come.

Why are Canada, US alarmingly warm? 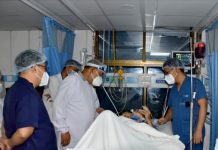