“I won’t contest polls. I can vacate a seat and contest later if I want” Mayawati said at a press conference.

Mayawati said she would rather campaign for the candidates of BSP and Samajwadi Party (SP).

It is more important for the alliance to win more seats than for her to win one, Mayawati added. 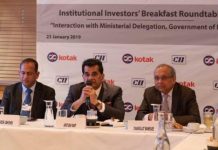