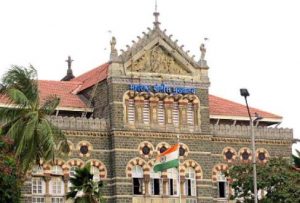 Mumbai Cricket Association (MCA) requires thousands of police personnel to maintain the security during the matches played out in Mumbai metropolis, but when it comes to making payments for utilising the services, the attitude becomes lethargic. Information provided to RTI by the police department, it has come to light that the department is yet to receive Rs 21.34 crores as charges for providing security for the last several matches in 7 Years. Interesting to note that, though no fresh orders were issued by the Home Ministry, the Police bandobast was provided to the recently concluded Cricket Match but have not yet raised and collected the charges for it.

RTI Activist Anil Galgali had filed the query under RTI to Mumbai Police asking how much MCA owes to them for the security services it provided. Assistant Commissioner of Police (Coordination) Dilip Thorat in his return said that this amount is inclusive of interest of Rs 5.61 crore. Information provided by the police department, raised everyone’s eyebrows as amount has been piling up since last 7 years and MCA has not shown its intend to pay off the dues, despite reaping huge monetary gains.

Information provided by the Bandobast Division stated that the outstanding amount include the World cup T-20 matches, Women’s World Cup, Test Match as well as one day Matches.The Mumbai Police has claimed that, the previous order was effective only till 31st March 2019, and as such since no Fresh orders have been received, they have not bill for charges for the police bandobast provided for the cricket matches. It has claimed that, once the new GR is issued they will raise the bill. According to the reply, Women’s World Cup matches were played in Mumbai between 26 January 2013 to 18 February 2013 and now the outstanding amount for the security provided by the Mumbai police has shot up to Rs 10.55 crore including interest for these matches. Besides, One Day matches on 25, 30 and 31st October 2015 were played, but MCA did not pay the charges which has now gone up to Rs 1.12 crore. Moreover, a test match played from 8 Dec to 12 Dec 2016 also figures in the list of outstanding bills of Rs 50 lakh. Seven IPL matches were played in 2017 and MCA did not pay Rs 76.84 lakh. Likewise, six T-20 matches were played in World Cup in 2016 and MCA still owes Rs 4.62 crore to Mumbai Police. Nine IPL matches were played in city in 2018 and MCA still has not paid Rs 1.48 crore to Mumbai police.

RTI reply further says that seven IPL matches were played this year on March 24, April 3, 10, 13, and 15 and May 2 and May 5. However, Mumbai police have found itself in tricky situation and therefore, has not footed the bill, following an order from Home Ministry of Maharashtra.

Reacting on the issue, Anil Galgali said, “It was obligatory for the MCA to make immediate payment of the police dues for the security provided for the matches, which is a huge revenue earner for the MCA. Also the Police Commissioner should take action against the responsible officers of the Local Arms divisions for not pursuing the payment recovery of the services provided. They should also ensure that the payment henceforth be collected in advance or atleast immediately on completion of the match, so that the department does not have to bear the stress for ensuring recovery of the dues.” 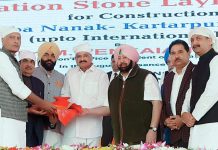