Former Jammu and Kashmir chief minister and PDP president Mehbooba Mufti, who was released from detention after 14 months on Tuesday, said that Centre’s decision to abrogate Article 370 of the Indian Constitution which granted special status to the erstwhile state was an insult and she would continue her struggle for the restoration of it.

“Today, I have been released after more than a year. All through this time, the black day – August 5, 2019 – continued to wound my soul. I believe, all people in Jammu and Kashmir would be feeling the same way. None of us can forget the insult we were made to face that day,” said Mufti in an audio message on Twitter.

“Now, we all have to remember… what Delhi Durbar took from us with an illegal, undemocratic decision on August 5, we have to take it back. Thousands have lost lives because of Kashmir issue… we have to continue the struggle for now. I agree this won’t be easy on any of us. However, I am confident that our courage will help us sail through. I appeal that all the people who have been locked up in prisons should be released at the earliest,” she added.

Mufti’s release came two days before the Supreme Court was scheduled to hear a petition filed by her daughter Iltija Mufti challenging Mehbooba’s detention under the Public Safety Act (PSA). 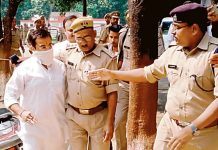 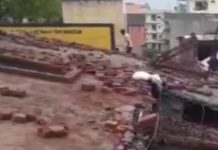