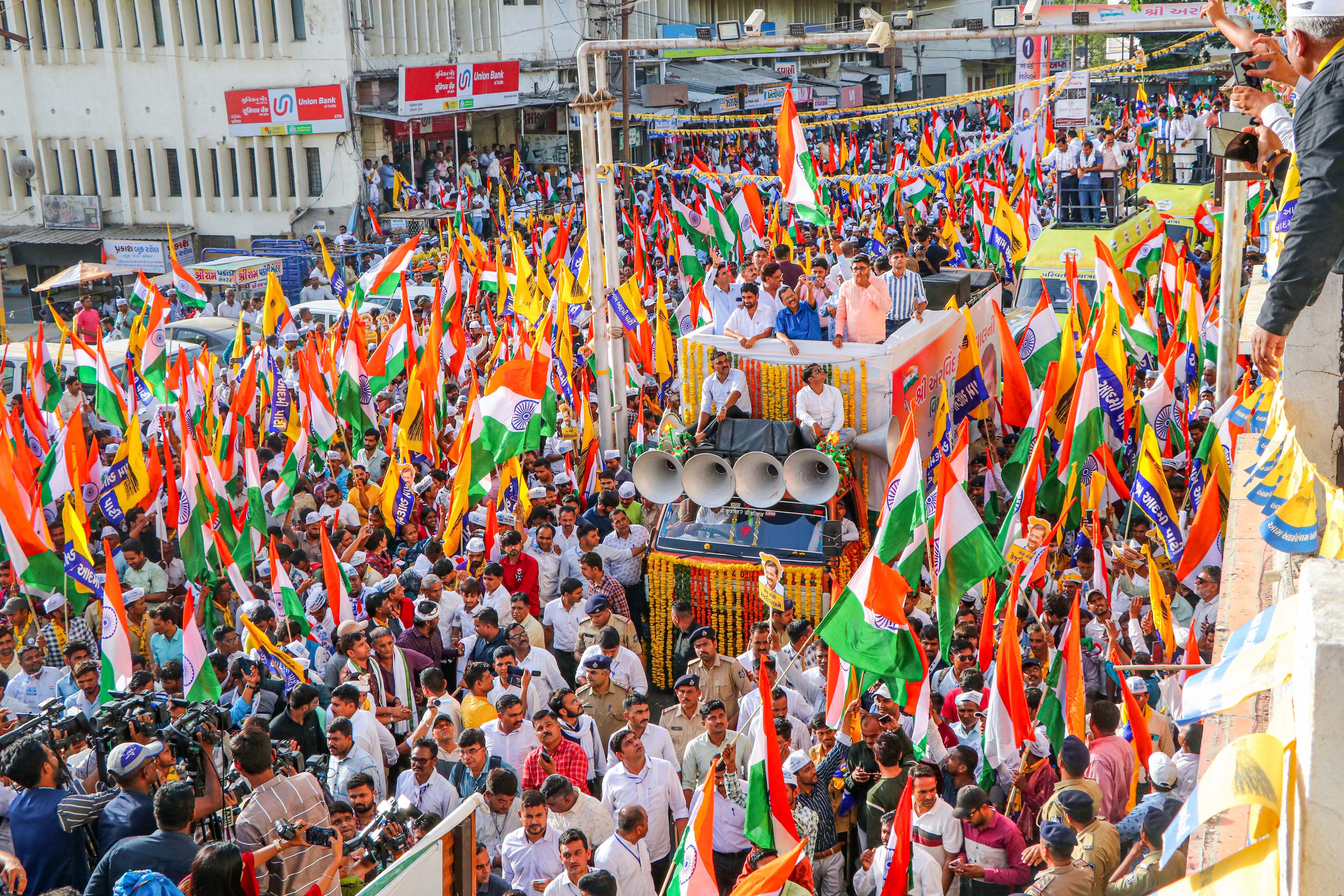 Indicators are there pointing to the emergence of a new set of political equations in the state’s bipolar politics. It appears this possible shakeup is directly linked to the entry of AAP and the development is likely to dent the Congress more than the BJP.  A report by Raju William

Who will win the Assembly elections slated for this December in Gujarat, the home state of the Prime Minister Narendra Modi, is a question, the answer to which is being feverishly speculated about. This western India state has been under the rule of Modi’s Bharatiya Janata Party (BJP) for the last more than 25 years. The point of interest mainly is whether BJP reign under Modi remains unchallenged and how much electoral ground both the BJP and the Congress may cede with emergence of a third alternative in the form of Aam Aadmi Party (AAP).

The elections are about two months away. Though its date has not been announced yet, the campaigning is well under way. Except Arvind Kejriwal, national Convener of the AAP, no big leader of other two main contenders, the BJP and the Congress, has yet paid election mode visits. Hectic strategizing, however, is on within the parties and moves are being changed given fluidity of the situation.

At this stage, the situation on the ground appears fluid in terms of voters’ preferences. As it would appear rather naïve to comment on what might be the final outcome, yet indicators are there pointing to emergence of a new set of political equations in the state’s bipolar politics. It appears this possible shakeup is directly linked to the entry of AAP and happening so is likely to dent the Congress more than the BJP.

Indeed, the BJP is quite well entrenched and the Congress not being viewed with enthusiasm, there is a perceptible public tilt in the favour of the AAP. This gain, being predicted to increase provided the party does not commit strategic mistakes, comes from its thumping electoral victory in March this year in Punjab and repeating the government in Delhi two years ago. Riding its soaring reputation as a party which brought in a people-centric model of governance, the AAP seems to be getting traction at least in a section of voters in the initial phase of its campaigning despite being a new entrant in the electoral politics of the state. The 17% vote share predicted in the recent C-Voter survey explains this.

“Among inequality-battered lower middle class, teeming millions of jobless youth and those perpetually subjected to deprivation who see any regime as the architect of their abject condition, there is always a search for an alternative. Given his unconventional politics, Kejriwal carries a trust among such disenchanted Gujarat voters. They feel here is the leader who can deliver. Like Delhi, the same feeling ran through the minds of Punjab voters. I think Gujarat will not be different. But, yes, Kejriwal is as robust a fighter as Modi. Both have uncanny skills in no-holds barred fight. The BJP has its match in this AAP chief “IITian” and former bureaucrat,” commented NK Singh, formerly Editor, ETV and national General Secretary, Broadcast Editors Association on why a section of voters is seen gravitating towards the AAP.

Switching loyalties before any election is a common feature.  Usually, this shifting is done not with any sense of commitment. And this is happening in Gujarat too. If this is any indication of which party is considered favourite, then the AAP seems to be scoring over others. For an election watcher, it is more of a case of perception than supported by any data yet this is a dominant perception here. However, the BJP cannot be dismissed as having no attraction for the turncoats. Contrary to the AAP and the Congress, none of constituency level former Congressmen-turned-BJPians this writer, during his recent visit to the poll-bound state, approached in Rajkot, Jamnagar and Jetpur areas for their views was ready to speak. This also lends credence to the perception, according to the rival camps, that there prevails an atmosphere of fear and intimidation which is being passed as the party discipline.

In the case of the BJP, it is believed they are welcomed into the party fold because of their utility in beating the strong anti-incumbency that it is facing. Another noticeable factor is that those leaving the Congress feel more comfortable being in the AAP than the BJP that is thriving mainly on its core agenda of “communal” politics. They are also a disappointed lot with the grand old party for being unsuccessful in replacing the BJP at the state’s power centre in the last more than 25 years. In the AAP, they see hope.

“Joining BJP is unimaginable for me for its communal politics and rampant corruption,” said Hardik Sonrat, a young businessman and social worker hailing from Gandhidham in Kutch district and a hotelier now based at Junagadh for a decade, who joined the AAP recently. He has been president of National Students Union of India (NSUI), a frontal organization of the Congress. He did college at Gandhidham and is an MBA from Symbiosis, Pune. He was vice-president, Gandhidham Taluka unit before joining the AAP. “Normally, business people fear getting openly involved in politics but I don’t have any fear,” he commented in the course of conversation on the plight of those running small and medium enterprises. He went on to add, “We want a change in the governance model and welfare politics like Delhi in Gujarat too. The AAP leadership would do well to announce tickets as early as possible and need to work more aggressively in the rural areas.”

Opinions, however, are divided at this stage on the chances of the AAP being able to form the government. Bimal Shah, former minister in the BJP government who left the party in 2017 and joined the Congress summarily dismissed the AAP chances. “The people have never accepted a third party,” he asserted while citing the fate of big leaders Keshubhai Patel, Shankersinh Vaghela and Chimanbhai Patel who had floated their own parties. This two-time BJP MLA from Kapadvanj constituency in central Gujarat predicted the AAP would not be able to secure more than 10% vote share.

It is being said that the Congress stands a chance if it plans well and executes it with full might. Its tally of 77 seats in the 2017 Assembly elections and restricting the BJP under 100 seats is being mainly factored in wherever its chances are being counted. “But this doesn’t seem the case unless it selects its candidates with proven loyalty credentials. Post 2017 elections, 21 Congress MLAs had defected to the BJP. The party has to be apologetic on this count and frame public-oriented policies to meet the new challenge posed by the AAP while approaching the electorate this time. Lack of a credible CM face is another area of worry,” said former Gujarat Chief Minister Sureshbhai Mehta who had led the BJP government in 1996.

Commenting on the AAP, the former CM observed this relatively new party has surely created a strong buzz in what he termed in local language as prajamanas or voters’ minds.  Like in the case of the Congress, much depends on its selection of candidates and the CM face. “With assured three-cornered contests in every constituency, the BJP calculations may go awry. In this scenario, it seems the BJP will not be able to secure a comfortable majority,” predicted the veteran politician. 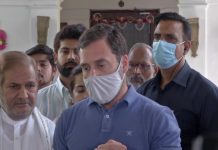