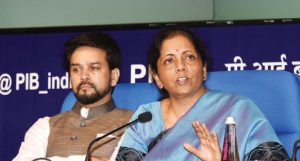 The RBI Governor Shaktikanta Das has stated what many had feared “the government had taken its eyes off the economy when the election season began”. Former RBI Governor Raghuram Rajan has also called a slowdown in the economy “very worrisome”. The government, he said, needs to fix the immediate problems in power and non-bank financial sectors and come out with a new set of reforms to energize the private sector to invest. Rajan, who was Governor of the Reserve Bank of India from 2013 to 2016, also called for a fresh look at the way GDP in India is calculated.

India’s economic growth slowed to 6.8 per cent in 2018-19 which was the slowest pace since 2014-15, and various projections by private experts and the central bank estimate that the GDP growth in the current year will be less than the government estimate of 7 per cent. The auto sector is facing its worst crisis in two decades with reports suggesting thousands of job losses in the automobile and ancillary industry, real estate sector have huge unsold inventory, while fast-moving consumer goods companies have reported a decline in volume growth.

When the Union Finance Minister Nirmala Sitharaman held three third press conferences in a row, the one where she had announced the merger of public sector banks, the problem had become deep-rooted and the country seemed to stare at a slowdown.

India’s growth during the April-June quarter was 5 per cent. Analysts suggest that the economy will be unable to create new jobs unless it grows by at least 8 per cent. The slowdown means there is little possibility of new manufacturing units coming up in the near future and economy dependent upon other sectors for a revival. The merger of banks is meant to create lending institutions of global size. There is 10,000 crore to bail out the housing sector. The 50,000 crore for the remission of duties for exporters can take off only if there is a demand for goods abroad.

The former RBI Governor, Rajan comments, “You can hear businesses all around worrying and complaining out loud that they need some kind of stimulus and as such a fresh set of reforms” are now needed to boost the economy and growth rate. There is a need for a fresh set of reforms and a comprehensive reform agenda for the economy.” “What we really need is an understanding of how we are going to propel this country by the two or three percentage points greater growth that it needs and that needs fixing the immediate problems such as in the power the sector, such as in the non-bank financial sector and it is very important that those be tackled immediately,” Rajan said we need a new set of reforms to give boost to the private sector. “We need a new set of reforms to propel the private sector to invest”.

However, on the ongoing global economic slowdown, Rajan said that in comparison to the 2008 financial crisis, the banks are better levered across the globe. Contrary to what most people say that history repeats itself, Rajan says that history never repeats.

The fact is that growth momentum has been slipping for the last three-to-four quarters. Not only did GDP growth fall to a five year low of 5.8% in the fourth quarter of the financial year 2019.

Steps to stimulate the economy without compromising on the medium-term objective of fiscal consolidation and inflation targeting ought to be seen as a courageous and commendable move. Finance Minister, Nirmala Sitharaman while addressing a press conference had announced that corporate tax rates had been slashed to 22 per cent for domestic companies and 15 per cent for domestic manufacturing and other reliefs. The current effective tax rate for companies is 30 per cent. That rate is now 22 per cent. For new manufacturing companies, the tax rate was 25 per cent. That has been brought down to 15.

For new manufacturing companies, the effective rate with surcharges was 29.1 per cent. Now, the basic rate is 15 per cent, and effectively a company will pay only around 17 per cent. The MAT rate has been reduced from 18.5 per cent to 15 per cent to stabilise the flow of funds into capital markets. It is also clear now that the enhanced surcharge levied in the Budget shall not apply on capital gains arising in sale of equity shares in a company.

Similarly, for new companies incorporated after October 1, 2019, and commencing production by March 31, 2023, the income tax rate will be 15 per cent. The effective tax rate for these companies will be 17.01 per cent. Such firms will also not be required to pay any MAT. Other companies can opt for this concessional tax regime after the expiry of their existing tax holidays or the exemption period.

Prime Minister Narendra Modi hailed his government’s decision to slash corporate tax rates. “The step to cut corporate tax is historic. It will give a great a stimulus to Make in India, attract private investment from across the globe, improve the competitiveness of our private sector, create more jobs and result in a win-win for 130 crore Indians,” he tweeted.

The announcements in the past few weeks clearly demonstrate that our government is leaving no stone unturned to make India a better place to do business, improve opportunities for all sections of society and increase prosperity to make India a $5 Trillion economy, he said.

Commerce and industry minister Piyush Goyal said the announcement of the corporate tax rate cut for companies by almost 10 percentage points to 25.17 per cent will give necessary fillip to the economy. The Reserve Bank Governor Shaktikanta Das said the reduction in corporate tax is a bold measure, which will be highly positive for the economy. Industry, stock market and experts cheered slashing of corporate tax rate and other announcements by Finance Minister Nirmala Sitharaman saying the big bang reforms will push economic growth and investments.

Earlier, the finance minister had announced on September 14 measures to boost export and realty sector including annual mega shopping festivals, remission of duties or taxes on export products. Prior to that on August 30 she had announced banking reforms-the mergers of public sector banks from 27 to 12.

However, principal opposition Congress is not amused. In a statement, the Congress party said on October 7, 2019 that the piecemeal approach continues but the government does not have a comprehensive solution to put the economic mess in order. The biggest thing happening in the world right now is a trade war and the biggest trade war is being fought between the US and China. This was our big opportunity to take away a chunk of that market but guess what; we have not been able to take away a chunk from the market. That chunk has been taken away by Philippines — even by Bangladesh. 1.72 lakh crore has been written off by Indian public sector banks. It would be interesting to watch how the baby steps by Finance Minister boost the economy or will these be adequate for the country? 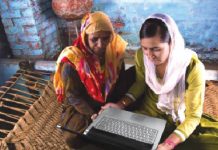