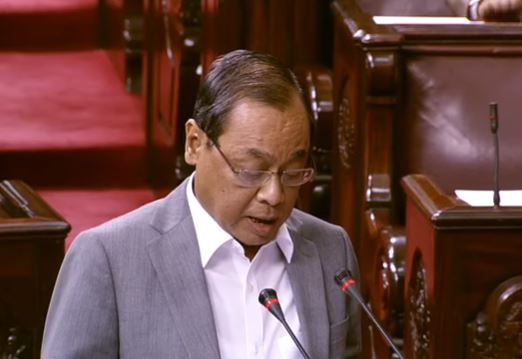 Pre-retirement judgments are influenced by a desire for a post-retirement job … My suggestion is that for two years after retirement, there should be a gap (before appointment), because otherwise the government can directly or indirectly influence the courts and the dream to have an independent, impartial and fair judiciary in the country would never actualize,” said Arun Jaitley, the BJP leader and then Leader of the Opposition in the year 2012. However, there seems to be no takers for such an argument as the recent nomination of former Chief Justice of India, Ranjan Gogoi to Rajya Sabha proves that.

Dushyant A Dave, Senior advocate and president of the Supreme Court Bar Association, has said, “This is totally disgusting, a clear reward in quid pro quo. The semblance of independence of the judiciary is totally destroyed.” Sharing a cropped image of the official gazette notifying Ranjan Gogoi’s nomination, AIMIM chief Asaduddin Owaisi said: “Is it quid pro quo? How will people have faith in the Independence of Judges ? Many Questions” Justice (retired) Madan B. Lokur said, “There has been speculation for some time now about what honorific would Justice Gogoi get. So, in that sense the nomination is not surprising, but what is surprising is that it came so soon. This redefines the independence, impartiality and integrity of the judiciary. Has the last bastion fallen?”

To recapitulate, the genesis of this interesting controversy took roots when the ruling dispensation, having the longest innings at the helm of central government, chose to appoint the first woman Judge of the Supreme Court Fatheema Beevi as the Governor of Tamil Nadu and subsequently nominated the Retired CJI Ranganath Misra to the Rajya Sabha besides appointing other retired Judges to various other lucrative posts. A former CJI Sathasivam was also nominated as Governor of Kerala and now the just retired CJI Gogoi gets nominated to Rajya Sabha and the this controversial issue of post retirement jobs for judges, right from 1950 till date, remains unresolved.

Little doubt that a debate on the issue has ensued. The debate gets weighty on noting that the CJI had dealt with sensitive issues during the twilight of his tenure. According to a notification issued by the Centre on March 16, the President has, under clause (1) of Article 80 of the Constitution, nominated the former CJI to fill the vacancy in Rajya Sabha due to the retirement of one of the nominated member. Gogoi had retired from the Supreme Court on November 17, 2019 after pronouncing the historic Ayodhya verdict.  Other important judgments include, the abolition of homosexuality in India, entry of women in Sabrimala temple and Right to Privacy as a fundamental right.

This is not to suggest, even remotely, that their judgments are wrong or biased. The only endeavour is to underline the fact that immediate post-retirement appointments of the judges create a cloud over the sanctity of those judgments, irrespective of their merits. As it is well settled, actual existence of bias is not required to vitiate the sanctity of the judicial process; the perception of bias, founded on grounds which are not too far-fetched and hypothetical, taints the judicial process. The significance of the oft-quoted adage ‘justice should not only be done, but also seem to be done’ gets more profound in this context.

A strong and independent judiciary is the terra firma on which a fearless and strong Bar stands but there is a public perception that independence of judges falls under stress during the last part of the tenure of some of our judges when the possibility of post retirement assignments by the Governments becomes a living possibility. When a judge accepts any assignment after his retirement, fingers are raised about the bona fides of such assignment.

Judges accepting jobs under the executive certainly creates situations of conflicts of interest. It tends to undermine public faith in judicial independence. In the recent ‘master of the roster case’ the Supreme Court reiterated that public confidence was the greatest asset of judiciary, and observed that “The faith of the people is the bed-rock on which the edifice of judicial review and efficacy of the adjudication are founded. Erosion of  credibility of the judiciary, in the public mind, for whatever reasons, is greatest threat to the independence of the judiciary.”

Three recent appointments have reopened the debate on the propriety of judges accepting post-retirement jobs from the government. On July 6, Justice A.K Goel was appointed chairman of National Green Tribunal on the same day of his retirement as Supreme Court judge. Justice R.K Agrawal was appointed as the chairman of the National Consumer Redressal Commission (NCDRC) during last week of May, within a few weeks after his retirement from Supreme Court. Justice Antony Dominic was appointed chairman of the State Human Rights Commission by the Kerala government, within a week of his retirement as chief justice of the Kerala High Court in the last week of May. These appointments, which took place within a short span of the retirements of the three judges, have raised quite a few eyebrows. The immediate appointments suggest that decisions regarding their post-retirement assignments had already been taken, at least in principle.

Justice B. Kemal Pasha, who retired as a judge of the Kerala High Court earlier this year and raised dust with his controversial remarks in his farewell speech, spoke against this practice as well and said that “When a judge is expecting a post-retirement job from the government, normally he will be in a position not to invite displeasure from the government at least in the year of his retirement. There is a common complaint that such judges do not dare to invite displeasure from the government by expecting post-retirement jobs”. He also recalled the words of Justice S.H. Kapadia and Justice T.S. Thakur that no judge should accept any salaried job under any government at least for a cooling period of three years from his or her retirement.

The suggestion regarding a “cooling off” period for appointment of retired judges as mooted by former CJIs Kapadia, Lodha and Thakur assumes relevance. Justice Lodha had stated that he would not take any post-retirement benefit for a period of two years after retirement. The first Law Commission in Independent India, headed by M C Setalvad, had recommended that judges of the higher judiciary should not accept any government job after retirement. Such judges must not forget that their conduct even post-retirement was crucial to preserve people’s faith in the judiciary, it had said. An amendment to the Constitution can be done by incorporating a provision similar to Articles 148 or 319. A special law can also be passed by Parliament prohibiting retired judges from taking up any appointment for two years.

According to a study done by the legal think tank, Vidhi Centre for Legal Policy, as many as 70 of over 100 retired Supreme Court judges have taken up such assignments in organizations like the National Human Rights Commission, National Consumer Disputes Redressal Commission, Armed Forces Tribunal, Law Commission of India etc. It could be that several laws mandate the appointment of judges in certain positions. The report finds that 56% of all the appointments studied were made because the law required it, implying a structural problem. It’s another ironical fact to watch how these learned appointees prove their productivity in upholding the sanctity of statutory provisions under which they get their appointment. This startling aspect of their “parricidal” approach shall be discussed in another story.

Since 1950, there have been 44 Chief Justices of India who have accepted post-retirement jobs. In some cases, Supreme Court judges have been appointed to commissions even four months ahead of retirement, as for instance Justice Dalveer Bhandari. He was due to retire on September 30, 2012, but resigned some five months earlier after being elected as a judge of the International Court of Justice, based in The Hague. Likewise, four months before Justice Mukundakam Sharma retired on 18 September 2011, he was cleared for appointment as chairman of the Vansadhara Water Dispute Tribunal.

Sometime back videos of (Retd) Justice A Selvam ploughing a field on a tractor went viral on social media. After his superannuation at the age of 62, A Selvam took off to his native Pulankurichi in Tiruppattur Taluk of Sivaganga district, to pursue agriculture.

He came from an agricultural family that has been growing crops for around 100 years and took to it after retirement. Retired in April 2018, the former judge is now tilling his five-acre ancestral field in Pulankurichi. He reportedly pointed out that “agriculture gives me true happiness I am doing agriculture on my land here and getting a good harvest. It feels great to be in the midst of nature.”

At the same time, to ensure that the wealth of experience and insight of retired judges is wasted is also not ideal. There has to be a mechanism to channelise the potential of retired judges back into the system. At present, most statutory commissions and tribunals require to be headed by retired judges of the Supreme Court or High Courts.

The Constitution does not specifically bar judges from taking up any post-retirement assignment. Article 124 of the Constitution says that “no person who has held office as a judge of the Supreme Court shall plead or act in any court or before any authority within the territory of India.” Then Article 220 bars High Court judges from pleading before “any authority in India except the Supreme Court and the other High Courts.”

However, there have been suggestions that there should be a minimum cooling-off period between retirement and a new assignment to prevent conflict of interest. These posts are generally constitutional or of quasi-judicial bodies, whose laws more often than not mandate that only retired judges can occupy them.

The traditional litigations, for which the courts are made, are being ignored, most of the Judges have no interest in such cases and the result is that in these cases poor and common litigants are rejected mercilessly. The resolution said that major time of courts is wasted on media-popular matters with which 99 per cent of citizens of our country have no concern at all. It appears that most of our Judges are far-far away from the ground realities and the public opinion over the social issues. Orders are being passed, laws are being laid down against all sorts of set social and religious values and norms.  Need a serious debate?

The author is a practicing advocate at Punjab and Haryana High Court. Views expressed are his own