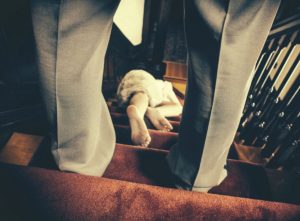 At half past midnight of December 29, this reporter received WhatsApp messages from her mother that sent chills down her spine. What she had in front of her were distressed messages from a lady (known to the reporter’s mother) pleading to be rescued from her abusive husband. “Can we help her?” asked the mother in a frantic voice.

There were more WhatsApp messages — videos and pictures where the lady could be seen crying as she bled profusely from a deep cut in her head, allegedly inflicted by her husband. This reporter, after taking information from her mother, called the lady without delay and pressed her to call 100, the police helpline number. Initially, she hesitated to call the police fearing escalation of the present violence and also because all the people who she could count on were not in the city that night, including the reporter’s mother. But, she called eventually after much insistence.

Already two hours had passed without any medical assistance as she continued to bleed. Worse, nobody in the police control room answered her call. The reporter then tried the domestic helpline number which is open 24*7. Finally, a member from the 181 women helpline office answered and the reporter was able to connect the lady with the team. Though very late, after many calls to the police and assuring the lady that she will be rescued, the police finally arrived at her house around 4 am. She was rushed to a hospital and her abusive husband to jail. Thanks to the videos and messages, we could get her help that night. But, the bruises from the event would have far deeper consequences in her life and eventually trickle down to her two 20-year-old son’s.

And such cases are not uncommon, especially among working women.

One week before this case, the reporter met a mother of two who shared a similar ordeal of everyday abuses and humiliations in the hands of her ill-tempered husband.

As she shares, “For the world, I am a respected, modern, independent, working women. Unfortunately, I am still a victim of domestic violence at home,” she said.

In her marriage of 33 years, she has become dependent on anti-depressants and seek spiritual therapies for emotional healing.

This was the third case of domestic violence in December, which the reporter had come across either through direct contact or someone known.

Every third women, since the age of 15, has faced domestic violence of various forms in the country, says National Family Health Survey (NHFS-4) report, which was released by the union health ministry.

How domestic violence is perceived in society?

The United Nations Declaration on the Elimination of Violence Against Women defined domestic violence as: Physical, sexual and psychological violence occurring in the family, including battering, sexual abuse of female children in the household, dowry-related violence, marital rape, female genital mutilation and other traditional practices harmful to women, non-spousal violence and violence related to exploitation.

In the report, Violence Against Women: A State Level Analysis in India by Ministry of Women and Child Development, various forms of domestic violence against women have been studied using data for various cases of crimes such as: Domestic Violence against Women, Dowry Death or harassment for dowry, honour killing, cruelty by husband/relatives and rape by family members, causing miscarriage without women’s consent, prohibition of Domestic violence Act. Dowry Prohibition Act, 1961 Deaths caused with intent to miscarriage. 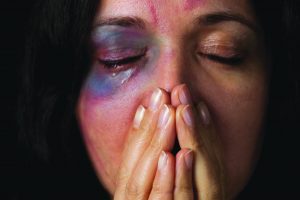 The Domestic Violence Act (The Protection of Women from Domestic Violence Act, 2005), guarantee protection to women from domestic violence. The Act provides protections to women not only against physical violence, but also other forms of violence — emotional, verbal, sexual, and economic abuse. The civil law which extends to the whole of India except in Jammu, Kashmir and Ladakh, is primarily for “protection orders and not meant to penalise criminally.”

Then, there is Section 498A of the Indian Penal Code that provides a broader definition to domestic violence. The offence under Section 498A is cognizable, non-bailable and non-compoundable (This exception is in Andhra Pradesh, where 498A was made compoundable.

As per Section 498A (IPC): Husband or relative of husband of a woman subjecting her to cruelty.— Whoever, being the husband or the relative of the husband of a woman, subjects such woman to cruelty shall be pun­ished with imprisonment for a term which may extend to three years and shall also be liable to fine. Explanation. — For the purpose of this section, “cruelty” means — any wilful conduct which is of such a nature as is likely to drive the woman to commit suicide or to cause grave injury or danger to life, limb or health (whether mental or physical) of the woman;or harassment of the woman where such harassment is with a view to coercing her or any person related to her to meet any unlawful demand for any property or valuable security or is on account of failure by her or any person related to her to meet such demand.

Time to speak up

In the case of Bhartiben Bipinbhai Tamboli v. State of Gujrat and ors. while extensively discussing the provisions under the Domestic Violence Act, the High Court of Gujarat remarked:

“The domestic violence in this Country is rampant and several women encounter violence in some form or the other or almost everyday. However, it is the least reported form of cruel behaviour. A woman resigns her fate to the never ending cycle of enduring violence and discrimination as a daughter, a sister, a wife, a mother, a partner, a single woman in her lifetime. This non- retaliation by women coupled with the absence of laws addressing women’s issues, ignorance of the existing laws enacted for women and societal attitude makes the women vulnerable. The reason why most cases of domestic violence are never reported is due to the social stigma of the society and the attitude of the women themselves, where women are expected to be subservient, not just to their male counterparts but also to the male relatives.Till the year 2005, the remedies available to a victim of domestic violence were limited. The women either had to go to the civil court for a decree of divorce or initiate prosecution in the criminal court for the offence punishable under Section 498A of IPC. In both the proceedings, no emergency relief is available to the victim. Also, the relationships outside the marriage were not recognized. This set of circumstances ensured that a majority of women preferred to suffer in silence, not out of choice but of compulsion. Having regard to all these facts, the Parliament thought fit to enact Domestic Violence Act. The main Object of the Act is protection of women from violence inflicted by a man or/and a woman. It is a progressive Act, whose sole intention is to protect the women irrespective of the relationship she shares with the accused. The definition of an aggrieved person under the Act is so wide that it taken within its purview even women who are living with their partners in a live in relationship.

One in every 3 women is a victim of domestic violence that occurs almost everyday in India. It is unlikely that all cases would get reported due to the stigma attached to the word divorce and separation. Women are scrutinised and humiliated for being divorced as the society judges them through the prism of obsolete dogmas.

Though many reports and findings give tall claims that the percentage of divorce rate has decreased in past few years, but in reality, the divorce rates are on the rise — all thanks to women’s resilience against the domestic violence and the stigma connected to it, which is happening because more number of women are becoming self-aware of their rights and speaking up. Women are also becoming increasingly financially-independent unlike old times. They no longer want to accept abuse as ultimate fate of their life. However, until the society engages in aggressive discussion on domestic violence, addresses domestic violence with stringent punishment to the accused, many women would hesitate to come out and report or speak up against their harasser.