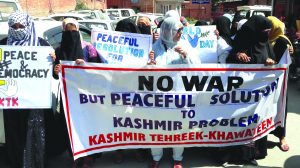 Peace is a dirty word in Kashmir. You can certainly land in a serious trouble if you are deemed to be a votary of it. Your arguments, your write-ups, your social media posts in its support will count for nothing and on the contrary only deepen suspicions about your motivations.

But this apparently weird response has a rationale too. And an eminently understandable one at that. Peace, in the context of Kashmir, is not seen as a condition to be sought for its own sake. It is not about seeking to stop violence one fine morning and living happily ever after, a kind of thinking that seemed to inform the recent unilateral ceasefire by New Delhi in the state. Peace is seen as a function of the resolution of the conflict that breeds violence.

So, if you seek peace in Kashmir, you better champion the resolution. And for anyone interested in Kashmir, or genuinely working to make a redeeming difference to the troubled state of affairs, knowing this distinction is critical to winning the confidence of a majority of Kashmiris and reassuring them as to your intentions.

One reason that has bred this deep hatred of peace is the recurrent efforts by the successive central and state governments to dress the state up as peaceful to pass it off as their respective achievement. And this is done by holding an election, a conference or a large political rally in Srinagar with people being bused from across the Valley to attend it.

For example, in November 2015, the PDP ferried its workers from across the Valley at Sher-i-Kashmir Stadium in Srinagar for the Prime minister Narendra Modi’s to deliver his speech.  But while Modi spoke to a stadium-full crowd, Srinagar was under a complete lockdown to prevent separatist groups lead their parallel Million March. Police and paramilitary personnel had fanned out across the city setting up checkpoints and laying concertina rolls to prevent easy movement. As the stadium throbbed with activity, reverberating to the cries of “Modi, Modi”, the silence beyond its modest confines was deafening.

Early this year the J&K Government also held a tourism convention to create an illusion of peace in its bid to draw tourists to the Valley. While the convention was a success, its purpose was defeated by the escalating violence in the state. Both events, meticulously stage-managed, made some news but had little to do with the ground situation.

Such examples are galore: In the mid-nineties, when  Farooq Abdullah government had tried to flaunt peace by reopening a cinema on Srinagar’s Residency Road there was a grenade attack during the first show itself, leading to the death of a person.

That is about the state government. There have also been attempts to hold events in the Valley from outside the state and which have been resisted for the same reason: a widespread perception that the secret motive behind them is to demonstrate peace where none existed. In August 2011, the then proposed “apolitical” Harud Literary Festival was called off by its organisers Teamwork Productions after it met a strong resistance by the civil society groups including the renowned Kashmiri writers Basharat Peer and Mirza Waheed who refused to be a part of it. Besides, an online campaign to boycott the event went viral threatening to spill over onto the streets.

The idea of an “apolitical” literary festival grated on the sensitivities in the Valley where people saw it as a covert effort to show to world that everything was hunky-dory in the state. One major reason for the anger was that only a year before the Valley had witnessed a five month long unrest leading to the killing of 120 persons. Writers and a majority of the people in Valley took serious exception to the word “apolitical” and read it as a deliberate attempt to limit the scope of the readings and dialogue at the festival.

Similarly, a music concert by Zubin Mehta at Nishat in September 2013 got mired in deep controversy. The concert was also opposed by the civil society and separatist groups who argued it was designed to project a false peaceful image of the troubled state to the world. But the concert went ahead nevertheless, under a heavy security. On the day it was held, however, a  parallel concert Haqeeqat-e-Kashmir (reality of Kashmir) was organised by civil society members to protest Mehta’s concert.

While people tend to see the motives behind these events, there is little they can do about them except complain, protest or simply resign to the state of affairs. But, the situation could be less forgiving when an individual starts talking about peace — or a defence of peace becomes a part of his outlook or activity. It breeds more scepticism. That is, if such an advocacy is seen to be unqualified by the requisite stress on the resolution. Or if the peace is seen to be defended only as the means rather than a consequence of the resolution you are in a dangerous place. 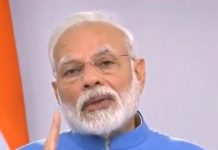