A day after India and China announced disengagement and de-escalation at the Ladakh border, Congress leader Rahul Gandhi on Tuesday asked government why status quo ante was not insisted upon by India.

He further raised questions, why was China allowed to “justify” the murder of 20 unarmed jawans in our territory? and Why is there no mention of the territorial sovereignty of Galwan valley?

“National interest is paramount. GOI’s duty is to protect it. Then, 1. Why has Status Quo Ante not been insisted on? 2. Why is China allowed to justify the murder of 20 unarmed jawans in our territory? 3. Why is there no mention of the territorial sovereignty of Galwan valley?” Congress leader tweeted.

The Congress has been targeting the government on the Chinese incursions in Ladakh for quite some time.

“Disengagement is welcome, but means little unless the status quo ante is restored. Otherwise we’ll yet again see both sides declare peace, with China having changed the facts on the ground &moved the LAC closer to where it wants. The May-June status cannot become the”new normal”,” Tharoor tweeted.

Rahul’s comments came after India and China have agreed that it was necessary to ensure at the earliest the complete disengagement of the troops along the LAC and de-escalation from India-China border areas for full restoration of peace and tranquillity.

National Security Advisor Ajit Doval had a telephonic conversation with Chinese State Councillor and Minister of Foreign Affairs Wang Yi on Sunday. The two Special Representatives had a frank and in-depth exchange of views on the recent developments in the Western Sector of the India-China border areas, the Ministry of External Affairs (MEA) said on Monday.

They re-affirmed that both sides should strictly respect and observe the line of actual control and should not take any unilateral action to alter the status quo and work together to avoid any incident in the future that could disturb peace and tranquillity in border areas.,” it said. 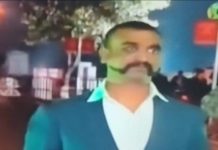 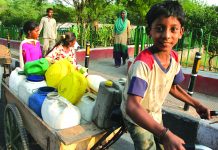