For about a year since a dedicated Special Task Force (STF) on drugs was formed in Punjab in March 2017, the state police is giving the deeply entrenched drug traffickers a run for their money.

Ironically, this has smartened hardcore traffickers with international linkages. They have started thinking out of the box, adopting innovative methods to keep their unholy business going on.

How do they do it? Recent instance of using dead fish for smuggling Heroin that the police stumbled upon throws light on their latest modus operandi. In a joint operation, Ludhiana Rural police and Counter-Intelligence, Jalandhar unit, arrested Rosette Namutabi, a woman from Uganda residing in New Delhi, carrying 1.5 kilograms Heroin worth about 7.5 crore under the skin of six dead fish. Five capsules, each weighing 50 grams, were found concealed in each fish.

“This is the first of its kind seizure in the state. We got to learn about the contraband being carried this way after tracking the mobile phone calls made between this woman courier and her handler. Going by the international price of the seized contraband, each dead fish is worth about 1.25 crore,” said Surjeet Singh, Senior Superintendent of Police (SSP), Ludhiana Rural, based in Jagraon.

Before this, there have been instances of drug traffickers concealing contraband in false cavities of containers, picture frames, fruit boxes, heels of footwear, etc. But this instance has admittedly taken the cops by surprise. Its kingpin was traced to be a foreign national identified as Nabus alias Michael lodged in jail at Nabha, Punjab under the Narcotic Drugs and Psychotropic Substances (NDPS) Act.

The business, dominated by synthetic drugs, is said to have escalated in Punjab since 2012 to the extent that it became a political issue which was turned into a major poll plank by Congress and AAP fighting the electoral battle to wrest power from the incumbent Akali Dal-BJP combine in 2017 Assembly polls.

The state police launching a concerted offensive seems to have forced drug traffickers change their tactics. It is being observed that due to this they have, of late, turned their focus on Heroin, a very high-value drug and easier to conceal as compared to bulkier synthetic stuff and poppy husk. Since stepped up efforts aided by fencing along the international border with Pakistan have helped choke the supply line, traffickers have started looking for alternative routes.

This was evident from the seizure of two kilograms Heroin worth about 10 crore made also by the Jagraon police from Punjabi NRI Amarjit Singh based in New Jersey, USA, shortly before cracking the sensational dead fish case.

“This man with ancestrally sound financial background was arrested while smuggling Heroin from Jammu and Kashmir into Punjab. For the first time, we busted this new supply line. Investigation showed that he used to visit India in the garb of a travel agent,” added the SSP who has led his team to major successes against drug smuggling in his area.

The common denominator of almost all the recent seizures is the deep nexus between the international suppliers and their local associates. The second fortnight of January also witnessed the seizures made by the police and STF in quick succession. A Nigerian woman and her two local accomplices were arrested with one kilogram Heroin worth about 5 crore by Jalandhar Rural police. A case involving another Nigerian national was reported from Ropar district of the state during this period.

The total seizures of Heroin in the state amounted to 177 kilograms since March 2017. Of this, 85 kilograms has been recovered by the STF whereas the district police units accounted for the rest. Tightening the noose around the purveyors of drugs and their associates including black sheep in the police has brought desired results.
letters@tehelka.com 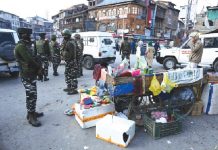 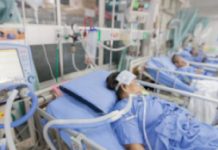