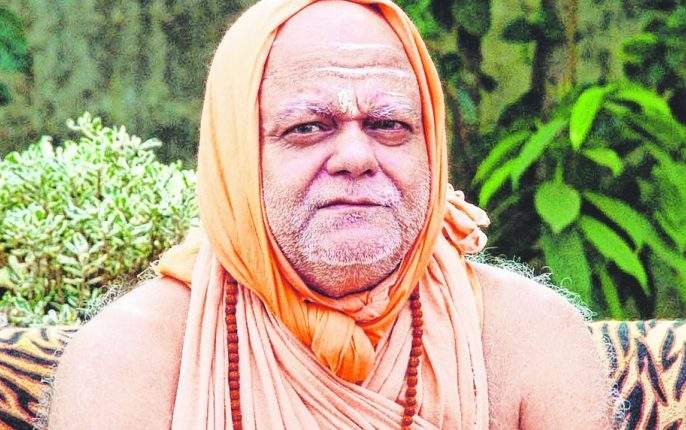 While addressing media persons Shankaracharya Swami Nityanand, strongly condemned government’s control over Hindu temples and ‘Maths’ as well as their income collected towards donations received in these religious places being misused, which according to him is unjustified as condition of most of these religious places and their economic condition is turning bad to worst and at times even these religious places are unable to purchase material to perform prayers and distribute ‘Pershad’ to visitors. He said, voice is being raised since past over 13 months to free all Hindu religious temples immediately. Shankaracharya Swami told that the amount collected towards donations at famous Tirupati Bala temple is being misused and spent over religious organizations other than Hindu temples by political leaders allegedly by Chief Minister Y.S. Jaganmohan to attract voters which is disappointing.

In reply to a media question that when India would become a Hindu nation Shankacharya Swami said that when we talk about Hindu nation do not speak of religion since there are nearly 204 countries across the world having Hindu population in over 54 countries and we talk about Hindu, Muslim, Christian and Communist population. Shankaracharya Swami said, ancient history reveals that ancestors of large number of communities including Hindu, Muslim and Christian were basically ‘Sanatan Arya’.