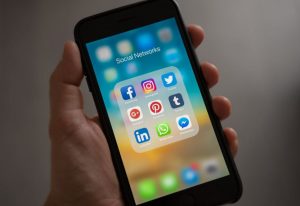 The world today is information driven global network. Internet forms the mainstay of the current times and sans life is like dead wood. Indeed disruption of connectivity should be the last resort.

But the frequent digital clampdown, be it in Kashmir earlier and now in Delhi, Meghalaya, Tripura and Arunachal Pradesh, parts of West Bengal, Uttar Pradesh, Assam,  and Karnataka or elsewhere in the wake of protests against the Citizenship Amendment Act (CAA) is tantamount to muzzling and choking of free speech.

Public was made to suffer in the “interest of public safety” as phone calls, WhatsApp and SMS services were also suspended.

Net shutdown is frequently resorted to as a preventive measure citing law and order conditions, though its end result is always debatable.  The digital gag, especially if it’s enforced without substantial provocation, is an infringement of the citizen’s right to freedom of speech and expression.

The law-enforcement agencies should try to counter misinformation and fake news by reaching out to the people through various channels. Repressive measures show Indian democracy in a poor light and reek of authoritarianism. With the anti-CAA fire spreading fast, the Indian authorities need to realize that the excessive use of force is only worsening the tense situation. Clampdown and crackdown ought to be the last resort, not the first.

When the Ministry of Electronics and Information Technology gave a push to ‘Digital India’ calling it ‘Power to Empower’, it was believed that the flagship programme would transform India into a digitally empowered society, but this has come crushing down.

To quell disquiet, telecom services are being suspended by imposing the Temporary Suspension of Telecom Services (Public Emergency or Public Safety) Rules, 2017 under the Indian Telegraph Act, 1885.

Internet services also remained shut in the northeastern state of Assam where protests against the citizenship law first erupted more than a week ago.

The government should know that chokehold of connectivity can actually prove to be lethal and become a retrograde step by disrupting e-governance, digital transactions, dissemination of information and crippling empowerment of all kinds.

Reforms need connectivity and lack of it pushes us to authoritarianism and psychological distress.  Our Constitution guarantees us the right to freedom of expression. The internet gag to deny people the access to information regarding the day-today happenings is a major wrong committed against the people.

The suspension of digital facilities might serve as a deterrent in the short term to keep the situation at control, but the after effects of such an action, can’t be negated. It only debts the psyche of the people in the long run and beyond doubt is a wrong step in contravention to principles of good governance in a democracy.