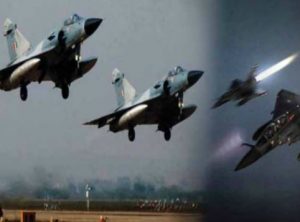 When an aggressive Prime Minister, Narendra Modi declared at a public rally in Churu in Rajasthan: “India is in safe hands,” it was clear that India’s airstrikes well into Pakistani territory after the Pulwama terror attack has changed the narrative for the general election slated less than two months away.

Surely, Pulwama attack and India’s response should not be politicized but Surgical Strike 2.0 is sure to engage everyone in days and months to come.

After the setback in the elections to three states — Madhya Pradesh, Rajasthan and Chhattisgarh — last year, the Congress party was expecting a revival of fortunes in the general elections. Rahul Gandhi had played a masterstroke and inducted his sister Priyanka Gandhi as a general secretary and deputed her along with Jyotiraditya Madhavrao Scindia to revive Congress in Uttar Pradesh, the state that accounts for 80 Lok Sabha seats. The Bahujan Samaj Party and the Samajwadi Party had formed a formidable alliance in Uttar Pradesh. The Trina Mool Congress had floated the idea of a “common minimum” programme for opposition unity.

The BJP knows that it could repeat a win only on some emotive issue and what better issue than the promise of a robust, muscular leader who could keep the nation safe and united. There was palpable public anger after the Pulwama attack and all patriotic Indians wanted that the country should avenge the massacre of 40 CRPF jawans by giving a befitting reply to Pakistan. The air strike has pacified the anger and there are animated discussions across the country praising decisive leadership of Modi as he had shown courage and given a free hand to Forces.

The BJP leaders are already boasting that this is what the man with a 56-inch chest can do. The act has reinforced the sentiment that the country needs a strong government at the Centre. Opposition leaders have had no option except praising the airstrikes though they did not give credit to Modi for the action. Indeed it is advantage Modi and BJP though issues in general elections is not that straight because each region has state-specific factors. Now the opposition would have to revisit their strategies and issues. The furore over Rafale deal, the farmers’ issues, lack of jobs, intolerance, anger amongst some minorities, GST, demonetisation may now take a back seat. The opposition parties are wary of the fact that countering BJP’s nationalism agenda could label them “anti-nationals”.

Ever since Pulwama, the BJP leaders had been attending funerals and visiting the families of martyrs. The National War Memorial was dedicated to the nation on February 25. Social media is already flooded with messages that while the Congress kept quiet after 26/11, the Modi government hit back with surgical strikes after both Uri and Pulwama. How much the airstrikes change the final outcome is difficult to assess but the nature of political discourse has definitely been altered.