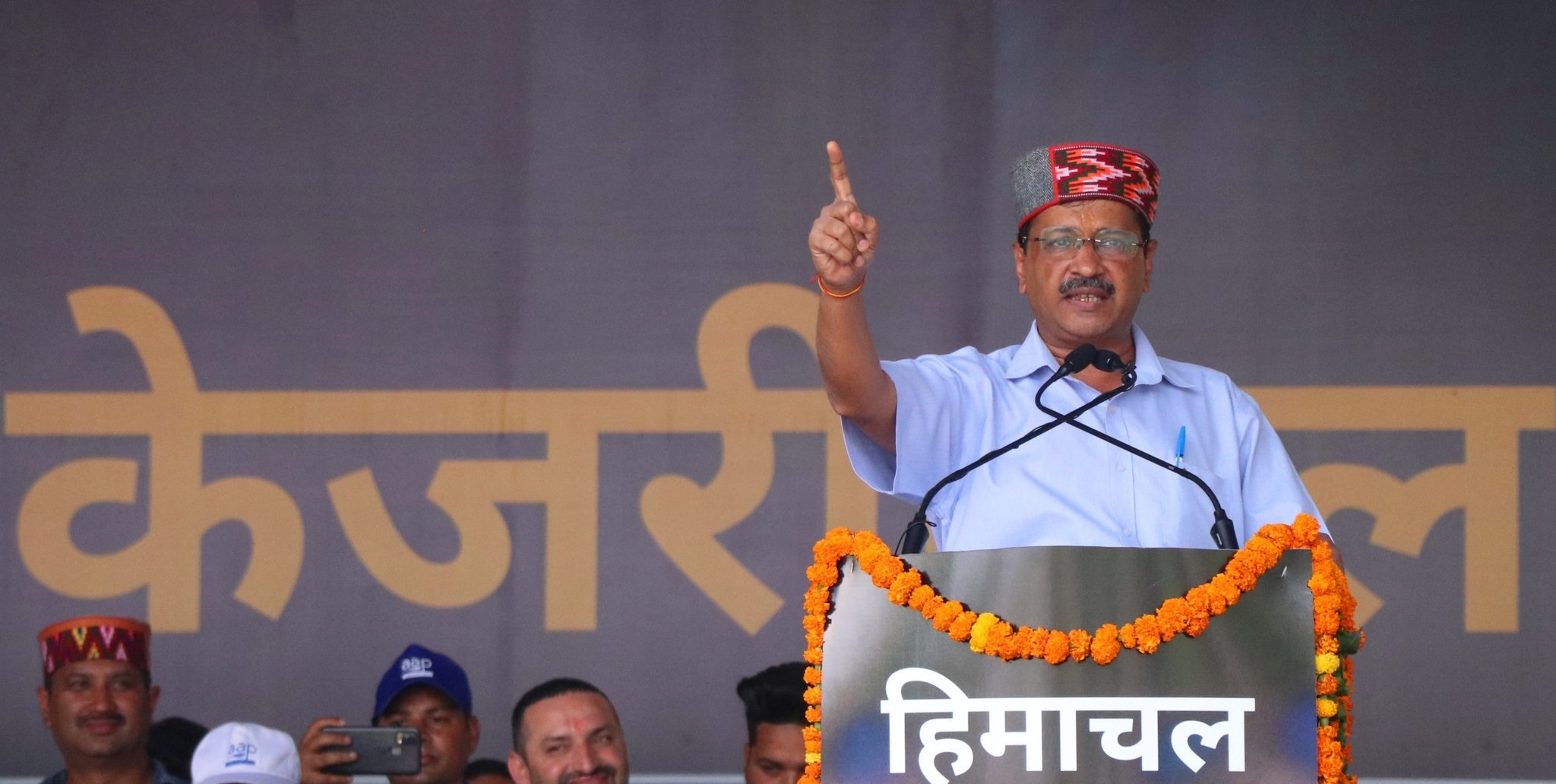 Though publicly both the Congress and the BJP have downplayed the threat from the AAP  in HP  and Gujarat assembly polls, the two national parties are gearing up for three-sided contests and are designing their strategies accordingly, reports Amit Agnihotri

The Gujarat and Himachal Pradesh assembly polls have traditionally been a fight between BJP and Congress traditionally but the entry of AAP has turned the coming elections into a three-cornered contest.

Interestingly, both the national parties, the BJP and the Congress say the new party neither has an organization nor a popular leader in the two states and has entered the fray just to make a splash.

Tall claims are being made by all the parties. The BJP says it would retain the two states, the Congress says it would stage a comeback while the AAP says it would dislodge the saffron party. However, the claims would be tested only when the results are out. For now, the two national parties have taken note of the three-sided contest and are designing their strategies accordingly.

The AAP decided to contest polls in Himachal Pradesh after the party’s recent victory in neighbouring Punjab while the Delhi-based party chose to fight polls in Gujarat sensing a huge anti-incumbency of the BJP, which has been in power for the past 27 years.

The AAP appeals to the same voters as that of the Congress, prompting the grand old party to describe the new outfit as tourists in Himachal Pradesh. “Parties like AAP woo the voters with promises and then forget about them. They are like tourists and will go back after the polls. Our main fight is with the BJP, which has not done anything over the past five years,” AICC Secretary in charge of Himachal Pradesh Tajinder Pal Singh Bittu said.

In Gujarat, the Congress describes the AAP as BJP’s B team and says the new outfit has come to the western state only to divide the anti-BJP votes. “The AAP is in Gujarat as the B team of BJP just to divide the opposition votes. There is no third front. The main contest is between Congress and BJP. People remember the work that was done during the previous Congress governments. They are fed up with the BJP and will vote for change. We will form the next government and bring development back in the state,” AICC in charge of Gujarat Raghu Sharma said.

The AAP, which lacks a base in the two poll-bound states, is banking on the image of Delhi chief minister Arvind Kejriwal, who is promising better government schools, locality clinics and a free power besides a clean government to the voters.

Between the two states, the Gujarat polls have a national significance as it is the home state of PM Modi and Union Home Minister Amit Shah. PM Modi has made several visits to Gujarat over the past months and it is certain that elections in Himachal Pradesh would also be fought in his name.

If the Congress is able to end the BJP rule in Gujarat, it would be a major boost for the grand old party ahead of the 2024 national elections. If the AAP wins there, and it is a big if, the victory would present the new outfit as a substitute of the Congress, which at present rules only in Chhattisgarh and Rajasthan.

A win in Gujarat would reinforce the claims of AAP that the 2024 national polls would be fought between PM Modi and Delhi chief minister Arvind Kejriwal, who has national ambitions. Already, Kejriwal has started saying the Congress is finished and claimed that a recent CBI probe in the alleged liquor scam, involving his deputy Manish Sisodia, was a BJP ploy to stop the AAP from gaining ground in Gujarat.

The AAP is hopeful in Gujarat as it had done well in the local body polls last year winning 31 seats in Taluka Panchayats, nine in municipalities and two district panchayat seats. Before that, AAP had registered its presence in Surat by winning 27 municipal corporation seats at the expense of the Congress, which failed to win any in that town. Over the past months, both Kejriwal and Sisodia have made several visits to Gujarat to woo the voters.

The Congress, which regularly targets the AAP, supported the CBI probe saying that the Kejriwal government had been indulging in corruption in Delhi and was using the money made through unfair means to fund its campaigns in Gujarat and Himachal Pradesh.

In 2017, the Congress had won 77 seats and had come close to the halfway mark of 92 in the 182 member Gujarat assembly. The BJP had won 99. The Congress has lost 14 MLA since then. Yet, the grand old party claims it will outperform the saffron party this time. A few months ago, Congress president Sonia Gandhi named Rajasthan chief minister Ashok Gehlot as observer for the Gujarat polls.

In Himachal Pradesh, the Congress brought in a new team headed by Pratibha Singh, wife of former chief minister Virbhadra Singh, as the state unit chief and is banking on the legacy of her husband and the veteran leader. The party is also projecting Pratibha Singh, CLP leader Mukesh Agnihotri and campaign chief Sukhvinder Singh Sukhu as the trimurti which will bring the party back to power. Sonia Gandhi has named Chhattisgarh chief minister Bhupesh Baghel as observer for the hill state. Rahul Gandhi is expected to campaign in the two states.

However, the grand old party has been suffering from infighting in both the poll-bound states and has lost several leaders to the BJP over the past few years. In Gujarat, it lost a young leader Hardik Patel to BJP besides several MLAs. In Himachal Pradesh, Congress leaders Pawan Kajal and Lakhwinder Singh Rana joined the BJP, followed by Ram Lal Thakur.

The BJP, which rules in the two states, has slammed the AAP saying it was doing drama. In turn, Kejriwal urged BJP workers to take money from the saffron party but support his party. He also claimed that BJP workers were joining the AAP in large numbers.

Earlier, the AAP had contested the Goa assembly polls alleging the Congress lacked aggression to take on the BJP. The new party also tried its luck in Uttarakhand, UP and Rajasthan but did not succeed. The new party had claimed that people of Goa and Uttarakhand were fed up with both the national parties due to mis-governance and corruption and wanted to try out a new party. AAP founder and Delhi chief minister Arvind Kejriwal had campaigned in Goa and Uttarakhand also.

Amid a freebies vs welfare schemes debate going on in the country, Congress and AAP have made a lot of promises to woo the voters in the two states. The BJP in turn is banking on the work done by its governments in Gujarat and Himachal Pradesh but is also concerned that both the Congress and the AAP can dent its prospects.

The Congress recently announced eight promises for Gujarat. These include free treatment up to Rs 10 lakh, farm loan waiver up to Rs 3 lakh, Rs 5 per litre subsidy to milk-cooperatives, Rs 4 lakh assistance to 3 lakh families of Covid victims, strict anti-corruption laws and scrutiny of corruption over past 27 years, including jail to guilty, hiring for 5 lakh government jobs and ending contract system within one year of getting elected, additional 5 lakh jobs in 2 year and 10 lakh jobs by 2024, with 5 lakh jobs reserved for women and an unemployment allowance of Rs 2000 per head for the youth.

The promises are being publicised as “Rahul’s guarantees” to the voters of Gujarat, which the Congress alleges, is actually lagging in several social welfare indicators. “Gujarat is a state of businesspeople. They have suffered under the BJP rule for 27 years and now want a change. The condition of the poor including the tribals is the same. There are no good roads, schools, and hospitals in the villages,” said AICC in charge Raghu Sharma.

To stress what the Congress did when it ruled Gujarat, a separate campaign is being run by the local leaders to highlight the projects completed earlier. These include key educational institutions like IIMs, cooperatives like Amul and the Narmada Sagar dam.

The Congress guarantees in Himachal Pradesh include revival of the old pension scheme, free power up to 300 units, 5 lakh jobs, allowance of Rs 1500 per woman, Rs 680 crore start-up fund, mobile clinics, English-medium schools besides fair prices for fruit growers, buying 10 litre of milk per day from cattle owners and purchasing cow dung from them at Rs 2 per kg.

Noting that the guarantees were to end the woes of the hill state, Rahul urged the people to read the document carefully and then vote for the development of Himachal Pradesh.

Arvind Kejriwal too has announced free and quality education for all students in government schools, to improve infrastructure of existing government schools and set up a large number of new schools in Gujarat, if voted to power. He also said that all private schools will be audited and made to return “extra money” collected from parents and that the services of teachers working on a contract basis will be regularised and they will be offered job security.

In Himachal Pradesh, Kejriwal has promised Rs 1,000 per month to every woman aged above 18 years, free and quality education to every child, free healthcare services to everyone and Rs 1 crore to the kin of soldiers from the state who laid down their lives in the line of duty. 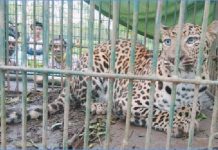 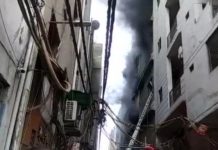