A Delhi court recently convicted and jailed the director and principal of a school for two months for causing mental trauma to a seven-year-old student by sending her out of her classroom. It added that a child could not be thrown out of a class on the “whims and fancies” of the school authorities as the strain of not being allowed to sit in a classroom was “immense”. As an educated and progressive parent of two school-going children, I too oppose punishing students just for the sake of it. If anyone from an educational institution is found guilty of harassing or abusing kids, he or she shouldn’t be spared.

But parents and guardians too should be grilled by legal entities if they fail to teach their wards to respect their elders and teachers. I have myself witnessed a few incidents where children from “well-to-do” families misbehaved with their teachers, who struggled to find ways to tame the children as they are not allowed to scold them. In one case, a primary class student was shouting at the school staff, “My father doesn’t pay you such hefty fee every month to scold me or to stop me from having fun.” Just a couple of months back, a classmate of my younger child, who is in sixth grade, slapped his teacher when she asked why he did not do his holiday homework. I am yet to mention the brats of secondary and senior secondary classes.

India, which is a signatory to United Nations’ Convention on the Rights of the Child, advocates a ban on corporal punishment and its positive impact when banned in terms of ensuring all children’s rights to a good quality basic education in a trauma free healthy and participatory environment. The stand is good but the government needs to make teachers, parents, administrators and community members aware about ways to manage children without corporal punishment in schools, classrooms and homes.

Interestingly, a few schools in the Western countries have started reintroducing corporal punishment for bad behaviour. As part of a new policy, staff at three schools in Texas, United States, have been allowed to use a wooden paddle to beat disobedient students. The child will receive one paddling for each misdemeanour, such as not following rules in the classroom or not obeying teachers. Though majority is opposed to it, a handful of teachers in England are also debating the wisdom of reintroducing corporal punishment.

Candidly speaking, the relative merits of using rewards and punishments as tools to influence conduct, whether in parenting, the justice system, or other areas of human endeavour, is a debatable subject. Today rewards are handed out indiscriminately, while punishments tend to be scarce. The no-spanking philosophy of child-rearing has, more or less, morphed into a no-consequences culture.

The reluctance to penalise poor performance extends now to college. The private educational institutions, which follow “the customer is always right” policy, openly inflate grades of their students with an eye on “better business prospects”.

The recent Delhi court conviction of the two top school officials, however, apparently involved fee row. An FIR was lodged in 2012 on a complaint filed by the father and an NGO alleging that the child had been ill treated and confined by the school management through school hours on April 4, 2012, to pressure the parents to withdraw her from the institution. All the charges were denied by the concerned school officials.

There is no harm in using carrots and sticks as behaviour modification technique. While the former is much more in vogue than the latter, as positive reinforcement is viewed as far superior to negative sanctions. But sometimes, and in some cases, only the fear of punishment keeps the students on right track. 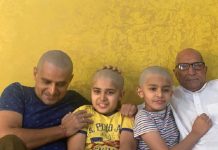