The whole country is indebted to the great Sikh Gurus, said Union Home Minister Amit Shah on Wednesday, adding that he feels blessed by attending the 400th Prakash Utsav of Guru Tegh Bahadur.

Speaking at the function to celebrate the Prakash Parv of the Guru Tegh Bahadur at Red fort here, Shah further said “there is no such person in the country who is not overwhelmed by the sacrifice of Guru Tegh Bahadur, everyone has a respect for him”.

“When Kashmiri Pandits spoke about the atrocities committed against them in front of Guru Tegh Bahadur, he sacrificed his life to save Hinduism”.

Noting that those who beheaded him are lost in history, he further said that even after 400 years, crores of people bow down to the sacrifice of Guru Tegh Bahadur. “Today I unquestionably believe that due to the sacrifice of Guru Tegh Bahadur ji and Guru Gobind Singh ji, today the country is progressing so much, breathing freedom and celebrating 75th Independence Day. Not only India but the whole world, even after 400 years, people bow down to his works, life and message with respect and devotion.”

He also said that Prime Minister Modi conveyed the message of sacrifice, equality, valour of the great Sikh Gurus not only in India but to the whole world by celebrating these three Prakash Parvs with full devotion.

Describing that it was a matter of great fortune for all of us, he also said that when this programme is being organised, the country is also celebrating 75th year of Independence. “Gurusaheb’s life is exemplary for all of us and an inspiration to every person of all age groups.”

The Home Minister also said that he had mastered many languages like Sanskrit, Hindi, Gurmukhi and worked to spread the message of all the Gurus in all languages throughout the country. “Also, he founded the great Anandpur Sahib”.

Informing the gathering he said that the Prime Minister will release a commemorative coin and postage stamp, a translation of the book of poetry on the life of Guru Tegh Bahadur, a poem will also be presented, a prose book on his life will also be released on April 21.

Shah also said that a big essay competition was organised by the Ministry of Education in which 18,00,000 children from about 85,000 schools wrote essays on the life of the ninth guru, describing his qualities. “When 18,00,000 children write essays on Guru Tegh Bahadur ji in every corner of the country, those children have also got an opportunity to imbibe the Guru ji’s message.” 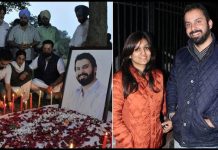 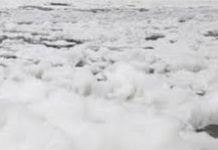 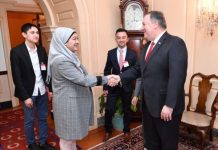