Finance Minister Arun Jaitley on Monday hit back at Rahul Gandhi for his remarks that ‘no one killed Sohrabuddin’ and asserted that it would have been appropriate for the party chief to have asked “who killed the Sohrabuddin case investigation” instead.

The Special CBI Judge, Mumbai, who deals with CBI cases had acquitted all accused in Sohrabuddin case, Jaitley said, adding “more relevant than the order of the Acquittal is the observation of the Judge that in the investigation, from the very beginning, Investigating Agency did not investigate the case professionally in order to find out the truth but to divert it towards certain political persons.”

Jaitley in his Facebook post titled: ‘Who killed the Sohrabuddin Investigation’ said that those who have recently shown a belated concern for institutional independence, “should seriously introspect as to what they did to the CBI when they were in power.”

Jaitley further said that as Leader of Opposition in the Rajya Sabha, he had written a letter to the then Prime Minister Dr. Manmohan Singh on September 27, 2013, detailing the politicisation of the investigation in the Sohrabuddin, Tulsi Prajapati, Ishrat Jahan, Rajinder Rathore and the Haren Pandya cases.

“Every word of what I have said in the letter, over the next five years, have proven to be true. This is an irrefutable evidence of what the congress did to our investigative agencies,” Jaitley said.

A special CBI court had earlier acquitted all the 22 accused in the Sohrabuddin case. 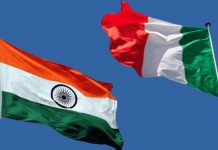