On stage at THiNK, 16-year-old Sandhya, her back to the audience, declared to loud and long applause that she would fight her case no matter what. And, as she came off stage, she broke down into silent tears, brought on by recounting her harrowing tale of rape and caste oppression in Haryana. Last year in August, this Dalit girl was gangraped by two upper- caste Rod men on her way to school. Twenty days later, her mother was also gangraped and murdered in the most brutal manner in retaliation to Sandhya not returning to her rapists within 10 days, as they had demanded. Since then, she and her family have been ostracised by the landowning upper castes as well as their own community and family. They have faced police taunts, systemic corruption and people treating them like greedy beggars hankering for compensation money. Her father has no regular job and the upper-caste families routinely threaten her in court. Sandhya says she is very afraid, but her actions are a testimony to her courage. As she struggles for justice, for a better life for her siblings, perhaps the seeds of a revolution can be found in this young girl. 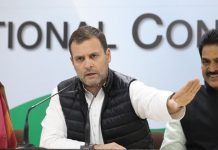