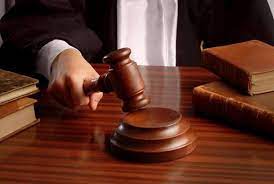 The High Court of Madhya Pradesh has put three judges and two court functionaries of Harda Courts under suspension for grooving to the music in official uniforms at a farewell party on the retirement of a district judge in Harda district of Madhya Pradesh, reports Y.K. Kalia

A farewell party was held on the retirement of District Judge Yogesh Dutt Shukla in Madhya Pradesh’s Harda district where all the local judicial officers and subordinate staff turned up to attend this party. All the judges arrived in their officially prescribed uniform. When some catchy song was played at the party, the Chief Judicial Magistrate Pankaj Jaisawl along with a court functionary had the verve and derring-do to perform a nagin dance to the tune of music with other judges and more particularly, two lady judges Sonali Sharma and Rachna Atulkar, also joining them in uniforms. Out of zeal, someone made a video of this dance and it quickly went viral on social media. However, those who made consequential comments thereon forgot what Friedrich Nietzsche had once said, “Those who were seen dancing were thought to be insane by those who could not hear the music.”

The High Court of Madhya Pradesh took suo motu cognizance of this case of derring-do impromptu dance and sent it to the Judge of Indore for investigation. After getting the investigation’s findings, three judges and two court functionaries of Harda Courts have been put under suspension pending appropriate proceedings under the relevant service and conduct rules.

“Dancing is the poetry of the foot” mused John Dryden. Dancing is so much more than just groovin on the dance floor to your favorite tunes. In fact, one would be surprised to recount benefits that are associated with dancing. It not only trains one’s brain and body’s motor skills but it is also an excellent exercise for one’s entire body. Needless to emphasize that dancing helps one to stay physically, mentally fit and improve one’s general well-being, boosts your self-esteem and has also been shown to improve your social skills.

To watch us dance is to hear our hearts speak, so says an Indian Proverb. For many people, dancing is a fantastic way to lose themselves in the vibrating rhythm of the music. It helps them to forget all the problems in their lives and to simply enjoy the present moment. It is also true that we can’t choose the music that life gives us, but we can choose how to dance to it. No matter if you’re a professional dancer or enjoy dancing as a recreational activity.

Dance is not only a wonderful way to express yourself but also a fantastic spare time activity you can enjoy with your partner. Dancing will definitely boost your mood, helps you to forget everything around you, and allows you to bond with your partner. One can get excited for that particular moment when the music is turned on and one’s entire body begins moving to the beat. Dance allows you to express a wide variety of emotions. The way you dance can express happiness, excitement, and passion but also aggression and anger. What is so wonderful about dancing is that it helps you to relieve stress and to fully center yourself in the present moment.

Ever since the art and mysticism of dance is considered to have developed from legendry Tandav by Lord Shiva, it’s astonishing how many different dance forms have evolved throughout the centuries. Be it classic styles of ballet and tango or more modern dance styles such as dancehall, hip-hop, and dubstep, they all provide great exercise for one’s physical body and mental well being. However, going by the interesting news emanating from Harda District of Madhya Pradesh, it seems that all this positivity attributed to dancing is meant only for lesser mortals and certainly not for the deified judiciary. May be such off-the-cuff dance is and should be a taboo for those in the judiciary.

Adult couple may live together even outside wedlock: SC 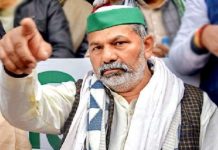