On February 22, a mob lynched Madhu Chindaki at Attapadi in Palakkad district of Kerala. His alleged crime, for which he was beaten to death, was that he stole a small amount of rice and other food items. It was the sixth mob attack reported in the southern Indian state within 30 days. But then, Kerala is not alone. Such incidents involving mob justice have become rife across the country. Violence, in general, now seems to be accepted as a part of everyday life of every individual.

A 25-year-old migrant worker from Uttar Pradesh’s Kanpur district, who was lynched by a mob in Rajasthan’s capital Jaipur early last month on suspicion of being a child lifter, died at a hospital after few days. On February 2, Mohammad Faisal Siddique was taking his friend Aslam Ansari’s two-year-old daughter to the market to buy her chocolates.

Some people reportedly suspected that he had kidnapped the child. The mob of about 50 people tied up Siddique to an electric pole and thrashed him mercilessly. Police rescued and rushed him to a hospital with severe head injuries. After battling for life for 16 days, Siddique succumbed to his injuries.

In a separate incident, a teenaged Dalit boy was allegedly beaten to death while playing Holi in Bhiwadi village of Rajasthan’s Alwar district. According to police, the deceased, identified as Neeraj Jatav and aged around 16, was playing Holi with others when the attack took place on March 2. These are just a few latest incidents of lynching in the recent past. Around 100 cases of mob lynching deaths have been reported in the national and international media since September 28, 2015, when Mohammed Akhlaq was brutally murdered by a group of people in Dadri, Uttar Pradesh.

Rising incidents of mob violence against women in the country is another area of concern. As per the statistics tabled in the Madhya Pradesh Assembly during the current budget session, as many as 62 women were allegedly gang-raped, 43 were murdered and at least 10 women burnt alive in just four months since November 2017. The latest National Crime Record Bureau (NCRB) data point out that a total of 191 gang-rapes were reported in Haryana alone in 2016, or one in every two days. In the same year. Punjab recorded 840 rapes, of which 30 were gang rapes and Himachal Pradesh witnessed 258 rapes took place, of which four were gang rapes.

The hullabaloo that surrounded the release or delayed release of the contentious film Padmaavat early this year was yet another example of the rising mobocracy. A section of the Rajput community, represented by two caste organisations — the Shri Rajput Karni Sena and Bharat Kshatriya Samaj — charged the filmmaker with distorting history and portraying Rani Padmini in distaste. The mob did everything to disrupt the screening of the film in various states despite the Supreme Court’s clearance.

Intolerance to others’ ideologies is also on the surge. From West Bengal to Tamil Nadu to Uttar Pradesh, the country has been witnessing a rash of attacks on statues, apparently prompted by the toppling of Vladimir Lenin’s bust in Tripura on March 5. While Syama Prasad Mookerjee and BR Ambedkar’s statues were defaced in Kolkata and Meerut, the vandals attacked a sculpture of Gandhi in the southern state of Kerala, breaking its wire-rimmed eyeglasses.

The wave of dismantling busts, which is seen by many as drive to symbolically attack the legacy of the respective ideological icons, has so far refused to die down completely despite Prime Minister Narendra Modi’s disapproval of such incidents and the government’s advisories to act strongly against the perpetrators.

The concept of mob violence is not new to the country. It, in fact, had never been an illegitimate form of politics in India’s increasingly non-liberal democracy. Religious monuments, for example, have always been in the eye of vendetta politics. Each of India’s multi-religious communities has at one time or the other experienced some kind of attack against its places of worship. Inciting and displaying anger, destroying public property, ransacking offices of rivals and media outlets, thrashing opponents have been standard techniques of popular politics in the country and are rarely prosecuted or even treated as crimes.

With the passage of time, staging of spontaneous popular anger has become one of the key political techniques in contemporary India. Many mainstream politicians legitimise indiscriminate violence. They somehow try to make the public believe that it offers a solution to history’s wrongs. All these developments have made mob culture so rampant that such violent incidents now seem to be normal, routine and expected.

Social networking apps and websites are adding fuel to the fire. The troublemakers work under a very deeply rooted framework, because it is not easy to mobilise crowds in a short span of time that too to kill a person. Among others, Twitter, WhatsApp and Facebook are heavily misused as propaganda vehicles. If this anarchy is allowed to flourish, it may turn every individual into a potential killer.

People who indulge in group violence basically try to become superheroes, most of whom get influenced by the cinema. «This is the reason why they post the video clips of the attacks on social media,» psychiatrist Dr CJ John said, adding that the assailants are also finding a sadistic pleasure in their actions. “Beside members from the minority community, the marginalised sections like transgenders, migrant workers and Dalits are easy preys to mob attacks. The mobs target the weaker sections as they don’t have the inherent strength to resist the attacks,” he pointed out.

Political philosopher Plato, in his book VIII of The Republic, had long back explained several stages of government that are intolerable, yet unavoidable. He had warned that democracy may lead to nations being governed by bullies and brutes.

He had also cautioned of a society with an enormous socio-economic gap, where the poor remain poor and the rich become richer off the blood and sweat of others. It seems that his predictions and analysis are gradually coming true in most democracies around the world, including India.

Earlier this year, the Supreme Court had warned that mob-rule is threatening to overtake Constitutional “basics”. The government, opposition and the general public need to join hands to curb the anarchy from spreading and deepening its tentacles. Mobocracy needs to be replaced at the earliest with democracy, which assures rule of law, equality, effectiveness, freedom of expression, and protection for minorities.

Controversial statements by renowned personalities such as Sri Sri Ravi Shankar, who recently said if the decision in the Ayodhya conflict is “not in favour of Hindus, then we will have a Syria-like situation in the country”, could not only weaken the social bonds of the community but also have the potential to promote mobocracy. Each institution and individual needs to act more responsibly, else it will take years to end anarchic attitude of the general public and restore peace, amity and, more particularly democracy. 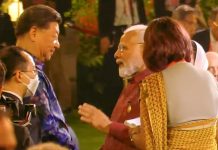 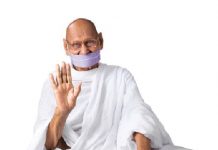