A culture famous throughout the world.  The natural beauty that is par none.  The homeland of minds that have revolutionized our very way of living.  Architecture so rich in history, words cannot encompass it.  India has uncountable blessings, however, at the same time it houses the same society that flourishes, accepting phenomena ethically wrong including blatant sexism and racism,  yet oddly banishes the trans-community, living conscious beings like anyone else; somehow thrown onto a pedestal drowned in taboo and hence scorned in nearly every aspect of life.

The word “transgender” — or trans — is an umbrella term for people whose gender identity is different from the sex assigned to them at birth. Expectedly, this community is one of the most marginalized communities in the country because they do not fit into the canonical categories of gender.

The trans-people remains enigmatic with a plethora of conjectures that surround their survival. The trans community faces extreme discrimination and denial of essential opportunities ranging from healthcare and employment to education. This stems from the ignorant and superstitious beliefs embedded in most of the Indian populace.

According to the last census in 2011, the total population of trans-community people in India is 4.8 lakh of which only 30,000 are registered with the Election Commission. Yet, the actual number of trans-people in the country was almost 10-times higher, ranging between 50 to 60 lakhs, with many individuals keeping their identity hidden to avoid discrimination. Nearly all of them have suffered social rejection, including by their very own flesh and blood. They are denied jobs yet this scorn does not merely last a single generation. The socioeconomic conditions forced upon them, combined with cruel sentiments of society, often prevent trans-individuals from gaining the opportunity to attend an educational institution. As a result, these individuals are forced to prostitution and begging. This, in fact, refutes the common belief that trans-people choose to be a ‘nuisance to society’ and resort to begging due to their own choices. Why would anyone wish to live such a life devoid of respect? It  so much easier to sexually marginalize them, exploit them, and eventually push them to the far periphery of society rather than accept that this paradox is a situation we have forced upon them ourselves.

Several trans-people are keen on getting sex-alignment surgery but don’t have money for it. The pain of not being comfortable in your own skin, but not being able to do anything about it is unimaginable. A number are physically abused, and the majority are verbally abused and bullied in school. Sadly it is teachers themselves who partake and even propagate in these cruel activities.
If this harsh reality were not enough, the onset of the global pandemic resulting from COVID-19 has resulted in a hard situation for this already suffering population. Anindya Hajra, a trans-woman who works with the Pratyay Gender Trust on trans-community livelihood issues, said India’s estimated 2 million trans people would be among those worst hit by the move because many make their living on the streets.

I had the honour of speaking to the incredibly inspiring Miss Trans Queen India 2019; Bonita Singh Raj Purohit, a trans girl, and a member of the fashion industry working in Delhi.

She is a living testament to the fruits of dedication and perseverance against all the odds. During a conversation over the phone, she shed light on some very crucial matters that have devastated the Trans Community. As is commonly known most trans people in India have to resort to begging on the streets or work in the red-light area, the lockdown imposed by the government due to COVID-19, therefore, has brought about a halt to their lively hood to zero. They usually have no savings and so literally are surviving hand to mouth. Furthermore, being of the lowest socioeconomic strata, social distancing is a luxury they cannot afford. Hence the chances of them getting the virus to rise exponentially. To make it even worse, they are likely to be ignored in government hospitals, that are brimming with sick patients, and can certainly not afford private health care. To continue, the majority of fundraisers I have observed on social media fail to mention this very central demographic of our country exemplifying another example of how we as a society have openly and unabashedly decided to ignore them.
What makes the situation even more heart wrenching is that in the ancient culture of our Hindu mythology itself, hundreds of years ago, Trans people enjoyed a certain degree of respect. The trans-people referred to as “Hijras” were the whom people waited in the woods for 14 years until Lord Rama returned, and this won them a special place in Hindu mythology. The Hijras figure prominently in India’s Muslim history as well, serving as the sexless watchdogs of Mughal harems. However, the onset of the Victorian England era changed that. When the British colonized India in the mid-19th century, they brought a strict sense of self-believed  justice to these people, branding them as “against the order of nature.” We in India take pride in the culture that we have imbibed over the generations, arguably more so than any other nation on the planet. Is this something we willingly ignore?
Another worrisome example brought to light by an article in Deccan herald is Shonali, 24, an HIV-positive sex worker in the eastern city of Kolkata, who in an interview said she barely had any work and was burning through her limited savings buying the food she needs to stay healthy. Making matters worse, her doctor is unavailable due to COVID-19, and she has no access to healthcare. This is likely a common phenomenon for all affected trans-people in India due to the strain doctors have been put under and the rules of social distancing. If workers such as Shonali are unable to find appropriate healthcare, they may very well die.
In the end, I’d like to highlight the Supreme Court of India’s ruling from 2014 stating that trans-people had equal rights. While it was a huge step forward, it holds no weight if the people refuse to ensure it is followed. In the meantime, the trans community, a significant part of our history and future, will continue to strive and struggle for fundamental human rights daily. So, take some steps today and embrace them when they need you most. COVID 19 has bought out some best human attributes and camaraderie in the last few months let us include them too. 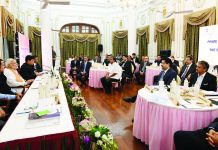