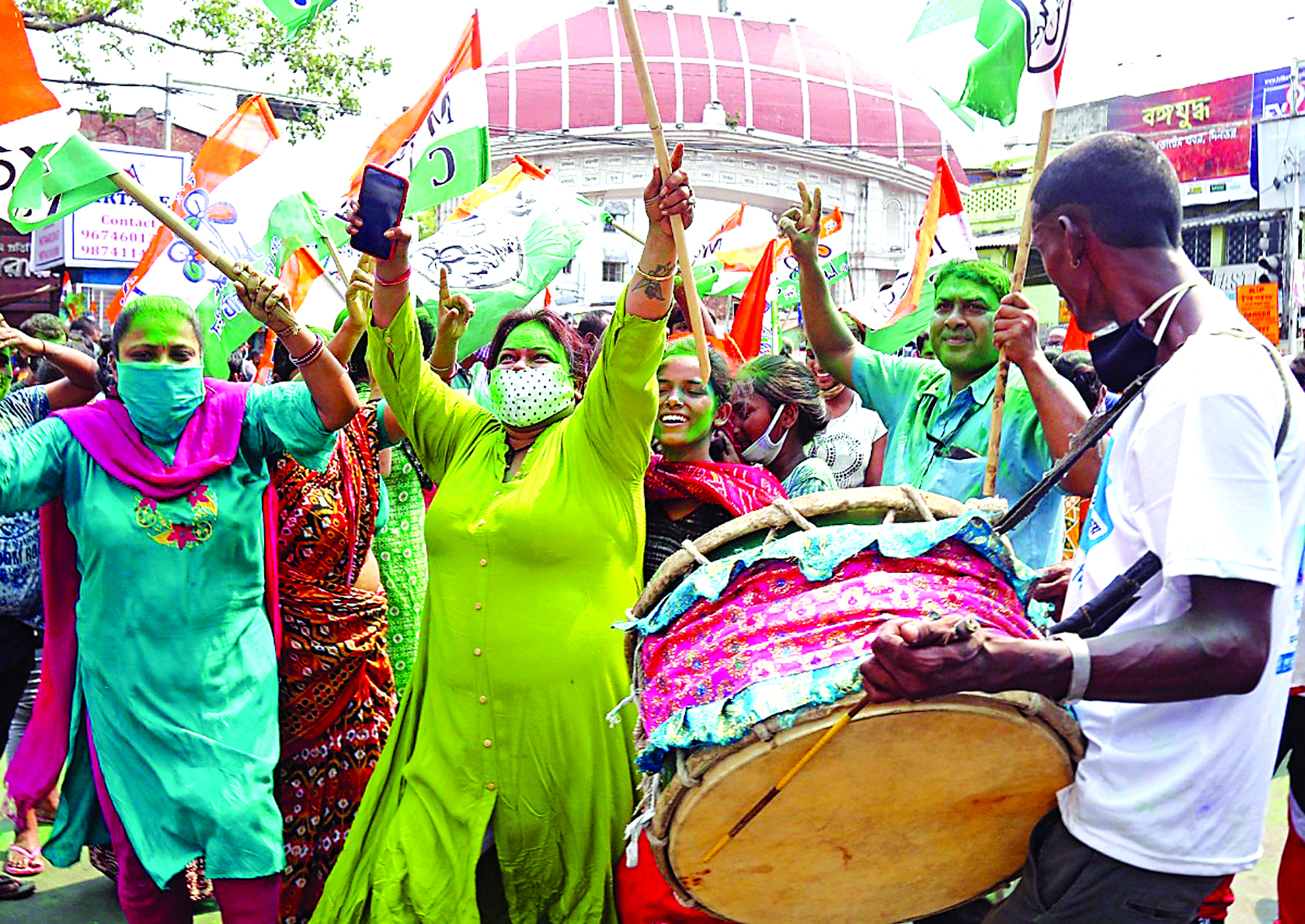 Mamata Banerjee, the woman in white-a street fighter,  has now the unique distinction of beating left, right and centre and emerging unscathed against the most powerful men of the country.

Her hat trick of wins proves that even the catcall-Didi-o-Didi had boomeranged and she is now set to become the fulcrum of opposition unity.

Though she narrowly “lost” in a cliffhanger from Nandigram, her choice of seat proved the credentials of a gritty woman, who took the battle to the enemy camp with a call of “khela hobe”.

It is time for her to show her grit to beat back the second wave of coronavirus.

There is a clear message of election results that polarization only works at a limited scale and also that the regional parties can humble the once invincible BJP. Leaders like Mamata, Stalin and Vijayan have registered convincing victories in West Bengal, Kerala and Tamil Nadu.

It is “son-rise” in Tamil Nadu MK Stalin, the son and heir of the late Dravidian patriarch, M Karunanidhi has been voted to power.

The BJP has retained Assam and won the Union Territory of Puducherry in alliance with local heavyweight N Rangaswamy.

Kerala has re-written history as the Left Democratic Front has broken the four-decade-old electoral pattern to retain power in Kerala. Congress leader,
Rahul Gandhi is a parliamentarian from the state and he had worked hard in the state but could not make it.

Indeed, the balance of power in the Opposition has moved from the Congress to regional parties. Party’s loss in Assam where the BJP was on the defensive on its citizenship agenda, points to that reality.

The regional parties as such would be a force to reckon with for the 2024 polls. The victory of parties ideologically opposed to the BJP means that there will be a greater assertion of federal rights to really make it federal in form and unitary in spirit.

For Congress, the writing is on the wall that it is fading. The grand old party can take some consolation from the fact that the results have undermined the BJP goal.

Questions would again be raised on the leadership of Rahul Gandhi and the flawed election strategy to tie up with the Left instead of the TMC reducing the Congress to a zero in West Bengal. Except Tamil Nadu, the Congress leadership failed to measure up to its opponents.

The results can also be seen as a political blow to Modi and Shah at a time when the centre is being criticised for its inept handling of the second wave of virus. However, it would be naive to study the result as a drubbing to the Prime Minister, Narendra Modi as his
personal popularity still remains high.

However, the BJP leadership needs to make some amends by shedding its ego and listening to the protesting farmers and taking effective steps to check the spread of the pandemic.