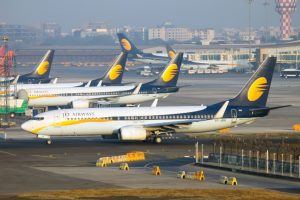 After defaulting on payment of salary to its senior management along with pilots and engineers, loss-making carrier Jet Airways has failed to disburse even the salary to some categories of employees. This includes salaries to managerial employees and those above. In fact, the Airline has not been paying salaries on time to about 15 per cent of its over 16,000 staff since August according to highly placed sources.

Inquiries from Jet Airways on the telephone were not answered and finally, a Jet spokesperson on condition of anonymity said: “Jet would like to clarify that except for informed groups, all salary payments are up to date.” Here remains a catch that is this “informed group”.

What ails Jet Airways? We tried to probe and found that Jet Airways owes its existence and meteoric rise to its founder Naresh Goyal. The man who started out as an assistant in a travel agency made it to country’s biggest service carrier. Be it his charm, connections or business acumen, the Airline touched the newer heights.

Has he lost that Midas touch? Or his days and times are over now? Is this the moment of truth for its founder Naresh Goyal? Why is Jet strapped for cash and unable to pay even to its employees and lessors on time? Why is the 25-year-old airline is in financial strain and has outstanding dues of about $400 million? Did jet delay pre-delivery payments to the Seattle-based aircraft maker as well as to Airbus SE?

It is learnt that the airline is in talks with Etihad a second time and with Indian conglomerate Tata Sons for fresh funds or a stake sale. When Goyal launched Jet Airways in 1993, air travel in India was at a nascent stage. He gave it a major push with his visionary approach.

Having 124 planes, Jet Airways now flies to places like Hong Kong, Dubai, Paris, and London, besides over 45 destinations in India. As Chairman of Jet Airways, Goyal holds a 51 per cent stake in the airline with his wife Anita still on the board.

It is learned that the SBI, the lead banker for Jet Airways, has ordered a forensic audit of the company’s books for the period between April 1, 2014, and March 31, 2018. It coincides with Etihad pumping in over 2,000 crore for a 24 per cent stake in the company just before it. The question is why Jet Airways did not survive despite 2000 crore investment by Etihad. It survived only for sometime till low oil prices prevailed in the global markets. No sooner, the oil prices started rising, Jet was back in trouble again.

According to information available, the airline defaulted on a debt payment to a consortium of banks led by SBI on January 1. It reported three consecutive quarterly losses of over 1,000 crore each since the quarter ended March 2018. In September 2018, the airline had informed its overseas lenders that it would raise about 3,500 crore over six months through a stake sale in its loyalty programme called Jet Privilege and pump in fresh funds into the company. However, it has not happened and the airline is yet to find fresh funds or monetise its stake in its loyalty programme.

There was more trouble for the company with Kardassis quitting at a time when restructuring was underway spoken volumes about something serious ailing the carrier. The man who was the CEO of Jet Airways for 14 years and was brought in by the promoter Naresh Goyal himself in May 2018 has left suddenly.

And now the news is circulating in the markets that local lenders to Jet Airways (India) Limited, , led by State Bank of India (SBI), have proposed a $900 million resolution plan, comprising fresh equity infusion and restructuring of $450 million of its loans. The Jet Airways’ turnaround plan, if approved by all stakeholders, will trigger a change in Jet Airways’ shareholding, with founder Chairman Naresh Goyal’s stake falling below the current 51 per cent.

Highly placed sources told that the final plan will be effective by the end of January 2019 and the resolution plan will be in force by 31 March this year. This would be well before the 180-day period under the Reserve Bank of India’s 12 February circular. The 12 February RBI Circular relates to how lenders need to deal with stressed assets. The circular said a resolution professional should be appointed within 180 days for defaulting accounts with aggregate exposure of 2,000 crore and above. The rating agency ICRA Ltd has cut Jet’s ranking from C to D. It is learned that as part of the restructuring, the lenders have also proposed a moratorium on repayments on loan facilities, which are due till April.

Will Goyal give operational control to Etihad, which can increase its stake to 49 per cent under the current regulation? Jet Airways, which has been facing financial turbulence for a while, has been in talks with potential investors to raise fresh equity. The various fundraising options it has explored include a stake sale in its loyalty programme, Jet Privilege Pvt Ltd, and a stake sale in the airline to the Tata group.

While the stake sale in the loyalty programme drew interest from several private equity funds, including TPG Capital and Blackstone Group, discussions with the Tata Group ended over Goyal’s future role at the airline. As per the reports circulating in media, Goyal’s stake may be halved and SBI would hold over 20 per cent stake in the airline.

While the finer details are still being worked upon, the broader contours entail that Goyal and Etihad will together infuse $450 million in the company, while the banks will restructure another $450 million of the airline’s debt. Sources said that the SBI has appointed Earnest and Young to conduct a forensic audit into Jet Airways’ books from April 1, 2014, to March 31, 2018. The process is underway. Etihad Airways is said to have offered to guarantee loans worth $150 million for Jet Airways to keep the airline operational. Will all these bailout Jet Airways out of financial strains? That still remains a big question. 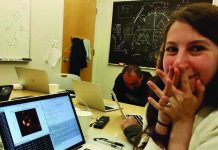