Congress president Sonia Gandhi on Wednesday asked the central government over the criteria it adopted to judge how long the coronavirus lockdown will continue.

Addressing a meeting of chief ministers of Congress-ruled states, she asked “what after May 17?.” The third phase of the lockdown ends on May 17.

Former Prime Minister Manmohan Singh, who was also part of the meeting, said, “We need to know what will happen after lockdown 3.0.”

“Sonia Gandhi has already pointed out. CM’s need to deliberate and ask as to what is the strategy of Govt of India to get the country out of lockdown?” Singh asked.

Party leader Rahul Gandhi also spoke during the meeting and pointed out that a central piece of COVID-19 strategy is to protect the elderly, those with diabetes and heart condition.

“Until extensive stimulus package is given, how will States & Country run? We have lost ₹10,000 Cr of revenue. States have repeatedly requested PM for a package, but we are yet to hear from GOI,” Gehlot said.

“We have set up two committees, one to strategise on how to come out of lockdown & other on economic revival.” “Concern is people sitting in Delhi are deciding on classification of zones without knowing what’s happening on the ground,” Singh said.

“Chattisgarh is one state where 80% of Small Industries have restarted & nearly 85,000 workers have returned to work,” he added.

Former Finance Minister P. Chidambaram said, “States are bleeding in terms of finances, but no money is being allocated by GOI. A number of newspapers have brought out the unavailability of finances with States.” 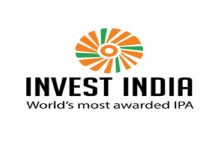 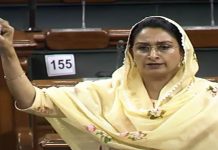