“First they came for the Socialists, and I did not speak out — Because I was not a Socialist. Then they came for the Trade Unionists, and I did not speak out — Because I was not a Trade Unionist. Then they came for the Jews, and I did not speak out — Because I was not a Jew. Then they came for me — and there was no one left to speak for me”. This is the poem written by German Lutheran pastor, Martin Niemoller about the cowardice of German intellectuals following the Nazis’ rise to power and subsequent attack on chosen targets. The poem was recalled by the Constitutional Lawyer and intellectual, Fali Nariman at Press Club of India where senior journalists and intellectuals had assembled in a show of solidarity after teams of the Central Bureau of Investigation raided the premises of the NDTV founder, Prannoy Roy and his wife, Radhika Roy for allegedly causing a loss of `48 crore to a private bank. Whether the raids by the premier investigative agency showed exemplary efficiency of the CBI or were tantamount to intimidation or an attempt to muzzle critical opinion as alleged by the NDTV, it has led to animated debates across the nation. Immediately, thereafter, the CBI came out with a statement clarifying that “the CBI has not conducted any search of registered office of NDTV, media studio, newsroom or premises connected with media operations. CBI fully respects the freedom of press and is committed to the free functioning of news operations. The allegations under probe are not regarding the default in loan repayment; but relate to the wrongful gain to the promoters.

Were CBI raids conducted just because the NDTV was in conflict with the ICCI Bank or the alacrity with which the agency functioned had something to do with the channel airing a dissenting note is questionable? Had the oldest news channel NDTV towed an independent line and was targeted? Agreed our Constitution does not allow any special immunity or rights to journalists or media organizations, but we have seen in the past how law can be conveniently twisted. Significantly, a week before the NDTV raids, Tehelka editorial praised President Pranab Mukhrjee for his wake up call to media, advising that media needs a forceful reminder to “check, recheck and contextualize the information”. And now amidst the debate on freedom of press, Vice-President Hamid Ansari has observed that India needs a free and responsible media to hold “power to account”. We at Tehelka believe in the journalism of public interest but surely this is a testing time for media as who decides whether it is in public interest or not? There is also a reminder- resist at your own peril! 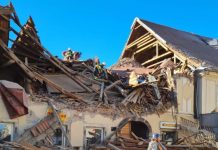