IT IS impossible to talk about Talaash without talking about its ending, a curveball that follows in the footsteps of Sujay Ghosh’s Kahaani in providing truly gamechanging plot twists for a strong female character. Or so it proved on social media over the weekend, as status updates, not always complimentary, by shocked moviegoers infested timelines. They were inevitably followed by irate return tweets or comments, cursing the shocked moviegoers for spoiling the end for them. Joy Bhattacharjya, quizmaster and fount of trivia, recounted on Facebook the story that you always tipped the cabbie well while going to watch Agatha Christie’s The Mousetrap in London’s West End, for fear that he would yell out the murderer’s name while driving away.
Reema Kagti’s climax, while not much less shocking than Christie’s, does not have the same impact. I burst out laughing, I’m afraid, though in hindsight it wasn’t that bad. And it is the ending that shapes one’s impression of this otherwise decent film, driven as it is by plot. Of course, this isn’t a simple whodunnit. What begins as a routine police procedural transforms into a ponderous look at loss, or at least what passes for a ponderous look in mainstream Bollywood. For a director who is part of a movement pushing the boundaries of conventional cinema, Kagti plays it surprisingly safe, relying on exposition, flashbacks and over-the-top outbursts to tell her story, with too few of those poetic moments that make a great film.
Aamir Khan plays Inspector Surjan Singh Shekhawat, a tightly wound policeman who’s been handed a difficult high-profile case of the mysterious death of actor Armaan Kapoor (Vivan Bhatena), who has managed to “off” himself without the customary drug overdose. As Shekhawat plods on, trying to find the murderer, we discover he is fighting inner demons, blaming himself for negligence leading to the death of his child. These two arcs work in parallel, as Shekhawat seeks to unravel the mystery as he slowly unravels himself. It works to an extent in a grungy, neo-noir way, but the writing lets it down. Neither arc is compelling enough to stand on its own, and there is little interplay between the two until the climax. While that does make the end more dramatic, it means that until the end does finally come, the audience is trying to decipher what the film is fundamentally about.

Talaash has enough tension to start with, but spends too much time struggling to describe Shekhawat’s demons

The pacing plays an important role in this. I do not subscribe to the general reaction that the second half dragged, as there is nothing I like more than a slow-burn drama paid off with a thrilling conclusion (I just wish the thrilling conclusion was something, well, better). But even The Killing, the glacially slow Danish TV series — remade in the US — that deals with the process of grief against the backdrop of a murder, understood the need for a strong plot with enough twists (the problem with the American remake was the plethora of such twists) to keep the audience engaged.Talaash has the requisite amount of tension to start with, but spends too much time struggling to describe Shekhawat’s demons. It doesn’t help that neither Aamir nor Rani step out of their comfort zone, and that Kareena plays a streetwalker with such little believability that you expect her to break into Zoobie Doobie at any time.
Oh, but Nawazuddin Siddiqui. Is there anything the man cannot do?
Ajachi Chakrabarti is a Correspondent with Tehelka.
ajachi@tehelka.com 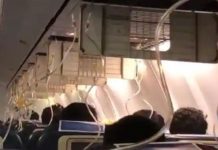