So, they were on a suicide mission.
Yes. But at the same time, my mind goes to the intercepts.
They tried to negotiate?
No, according to the intercepts, their handlers told them that there are a few MPs and some very senior bureaucrats staying at the Taj. The terrorists were told that they could take any of the VIPs hostage and make demands. That does not indicate a suicide mission. If they had managed to take one of those people hostage, I wonder what they would have asked for in return.
So how did you manage to secure the hostages?
This is why we were constantly trying to keep the hotel guests away from the terrorists. We didn’t want them to get an opportunity to enter the hotel rooms. Which is why it was very disturbing when it was mentioned on a news channel that the family of a person was in such-and-such room. What is this madness? It’s like telling the terrorists to go to that room and find hostages.
What are the critical lessons that you have learnt? Which areas need improvement?
There are lessons to be learnt for the state police and for the state authorities. There are weaknesses and drawbacks but those are not things I should reveal.

Is there anything you can share without compromising future operations?
I would only suggest one thing. There is a lot of expansion happening in the NSG divisions. Regional centres are being set up. We require trained manpower. We also require lots of equipment, not only to improve our existing forces but also to equip the forces that are being set up in various states.
We need to have procedures where we can get things get done within a month or two. This is a special force that should not have to wait for equipment. Things are changing and developing so fast; if we want something now and we get it after one year, the product itself will have undergone a change.
Which is the one product that you missed in the Mumbai operations?
These are things that you could also find on the Internet — like audio or video equipment — which are very useful. Equipment that tells you about the presence of men inside a room. There is equipment that can give you a picture of the inside of a room. If one has something like that, we can know the positions of the terrorists.
Did the process of requisitioning the IL-76 aircraft lead to any delay?
It depends on your perspective. From the NSG perspective, we were on alert even before the official request. First, I was told that the plane would have to come from Chandigarh. I called the Air Chief and he gave me the name and number of an officer to contact. Meanwhile, fortunately, I received a call from the Director of the Aviation Research Centre (RAW’s aviation wing) and he said they had a plane available in Delhi. Until 26/11, the NSG DG could requisition a plane only in the event of a hijacking but some of these procedures have since been amended.
If you were to mention one thing that the Mumbai police ought to have told you on your arrival, what would that be?
If they had told us the number of terrorists present at each location, that would have helped. 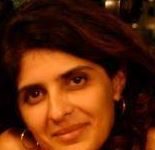