What prompted you to start this petition, and what do you hope to achieve?
A lot of us independent filmmakers have been discussing this issue for a while now. We agreed that the problems we faced were not related to the actual making of the films, but with distribution. It is extremely difficult for us to get space to display our work to audiences. In Europe, for instance, television channels regularly show independent films, because cinema is seen as art. The government is spending Rs 600 crore to restore old films to mark 100 years of Indian cinema, but where are these films going to be seen? We need to work to ensure a vibrant future instead of glorifying a dead past.
We have historically had support from the NFDC in making films, but what is the point if we only get to show our films in international festivals? Now, I’m not saying that an audience will be created overnight. It needs to be nurtured. But there is talk of our films crossing over internationally, but if one can’t see a Rituparno Ghosh film in Mumbai, it means we are not crossing over among ourselves. Encouraging independent cinema is important for the government, as it will bring down walls between different regions.
Have you had any feedback from the Information and Broadcasting Ministry on the petition?
We haven’t had any direct feedback, and when some journalists contacted officials in the ministry, they said they had not heard of the issue. We are hoping to get a chance to meet with them and initiate a dialogue on how to protect Indian independent cinema.
You have asked multiplexes to have one dedicated screen for independent and regional films, but a case can be made that the audience has voted with its wallets for mainstream films. Why should for-profit multiplexes not cash in on this by giving the public more of what it wants?
Multiplexes were given hefty tax breaks by the government in order to promote independent cinema alongside mainstream films. Therefore, we have the right to demand that they work to do that. However, this is not a permanent solution, as the government needs to create dedicated spaces for independent films. Multiplexes have been given tax breaks for ten years and we are asking them to do this for two to three years only. It’s the same with kids and classical music today. Children do not appreciate classical music because a love for the music has not been nurtured in them. It does not mean that classical music is inherently inferior. The moment you start exposing people to good films, you will start building an audience. When we were growing up, we could watch bothSholay and Aakrosh on television, which is why I have a taste for both types of films today.
A lot of your petition castigates Doordarshan (DD) for not showcasing independent cinema today. However, in an era where DD has nowhere close to the popularity it had 25 years ago, isn’t going after it rather irrelevant?
Nothing is irrelevant. Today, satellite channels are a lot like multiplexes in a sense that they also focus only on mainstream films in order to maximise revenue. However, as a government organisation, DD has the duty to provide a platform for art. And even if you say that DD is irrelevant because it is crap, it can still penetrate untouched areas and take our films to virgin audiences. We are trying to take our films to smaller towns, as our films still get released in the big cities; and even if DD can show our films in the afternoon slots, it would make a difference. However, they are only interested in blockbusters. I had to fight for six months before DD agreed to show I Am, which had won two National Awards. Even then, they only paid Rs 5 lakh. There was no question of negotiations.
You have asked the government to invest in spaces to screen independent films. But the spaces you talk of are small, 100 seat theatres. Why hasn’t the industry started these on its own? Why wait for the government?
Who would start these spaces? The big studios that have the money, just like the multiplexes, have no interest in promoting independent cinema. It is essential that the government work for these, because it serves the national interest. The government generates a large amount of money from entertainment taxes, and it should use these revenues to promote cinema as an art form.
Ajachi Chakrabarti is a Correspondent with Tehelka.
ajachi@tehelka.com 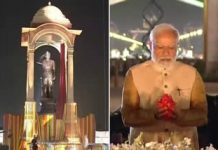