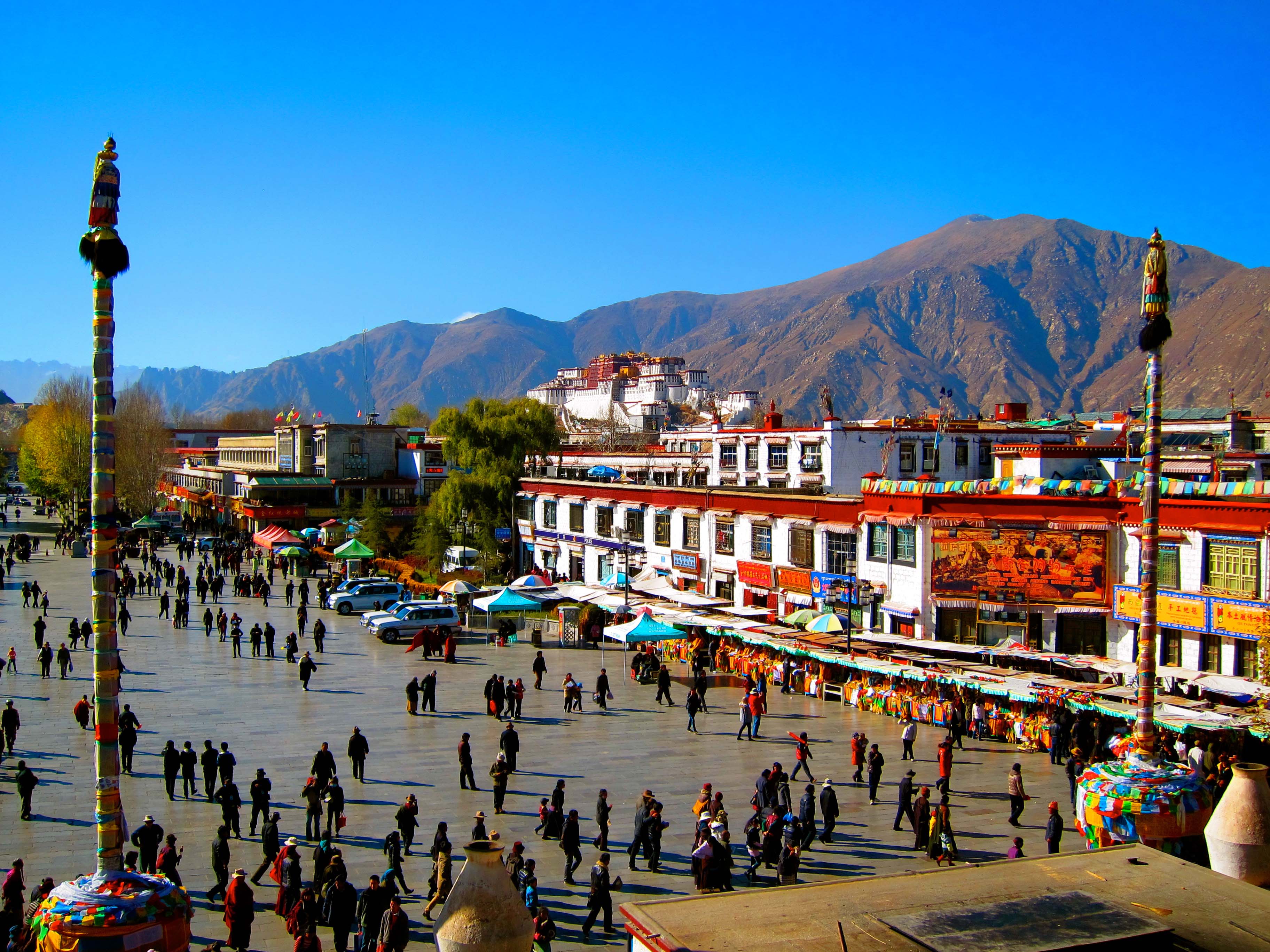 Sikyong Penpa Tsering, President of Tibetan Government in Exile, says that after the visit of Xi in May 2020, Chinese control in Tibet has intensified. The Chinese have increased surveillance of all kinds, including electronic, on Tibetans living both inside and outside Tibet. A report by Priti Parkash

China has territorial disputes with 17 countries: Taiwan, the Philippines, Indonesia, Vietnam, Japan, South Korea, North Korea, Singapore, Brunei, Nepal, Bhutan, Laos, Mongolia, Myanmar among them. Tibet is a wholly occupied region. Scholars and historians have documented that Tibet was never a part of China. And when China insists on One China Policy, which is based on the principle of reciprocity with other nations, it works under the pretext that a lie told hundred times becomes the truth. The Chinese narrative is so strong that the Tibetan narrative lags behind. A free-wheeling chat with President of Tibetan Government in Exile Sikyong Penpa Tsering was a date with reality check on Tibet. Does the world know what is China doing in Tibet, how is it doing it and what is the condition of Tibetans, their culture, their identity and their rights! Tibet or Mongolia are not talked about much as are Taiwan, Hong Kong, Xingjian (Uighers) or South China Sea which indirectly lends credence to Chinese occupation of Tibet since 1951. Tibetans have been expressing themselves at various forums for their rights but who cares.

According to Penpa Tsering after the visit of Xi in May 2020 there has been an increased intensification in terms of control. Called the Grid Lock system by Tibetans, the Chinese have increased surveillance of all kinds, including electronic, on Tibetans living both inside and outside Tibet. All Tibetans, wherever in the world, are under Chinese scanner to the extent of threat to their kin in Tibet for their behaviour outside. There is a palpable fear of Tibetans meeting the same fate as that of Uighurs and Hong Kong citizens, says Tsering. Tibetan language being the first casualty, Tibetan culture is being destroyed slowly. Chinese is being taught from the kindergarten level to Tibetan children which ensures that without knowing mandarin there can be no jobs for them. Chinese is the official language in this Himalayan region.

‘We are dying a slow death. Genocide in whatever form, whatever speed, we are dying slowly,’ mourns Penpa Tsering. Number of nuns and monks have drastically decreased and the ones that are staying put are watched. In terms of religion there is a lot of surveillance by Public Security Bureau and from Intelligence Department. China is exercising control of the curriculum and religion too be it Buddhism, Christianity or any other religion. Pictures of His Holiness are banned in the Tibet Autonomous Region by China. Students and Communist Party cadres are not allowed to visit monasteries. To travel to Tibet Autonomous Region one needs at least five different permissions. Tibet is going through a lot of social and democratic change.

Chinese and the Lamas

The issue of Lamas and their reincarnation which is a religious issue for Tibetans is what Chinese do not want to be easy on. Penpa Tsering rues that it was for the Chinese indulgence that Panchen Lama was abdicated and if rumours are to be believed he was killed which went without a post mortem. They say they are willing to talk to Dalai Lama but not on Tibet. The Chinese use it as a facade for their domestic audience, is what Penpa asserts. 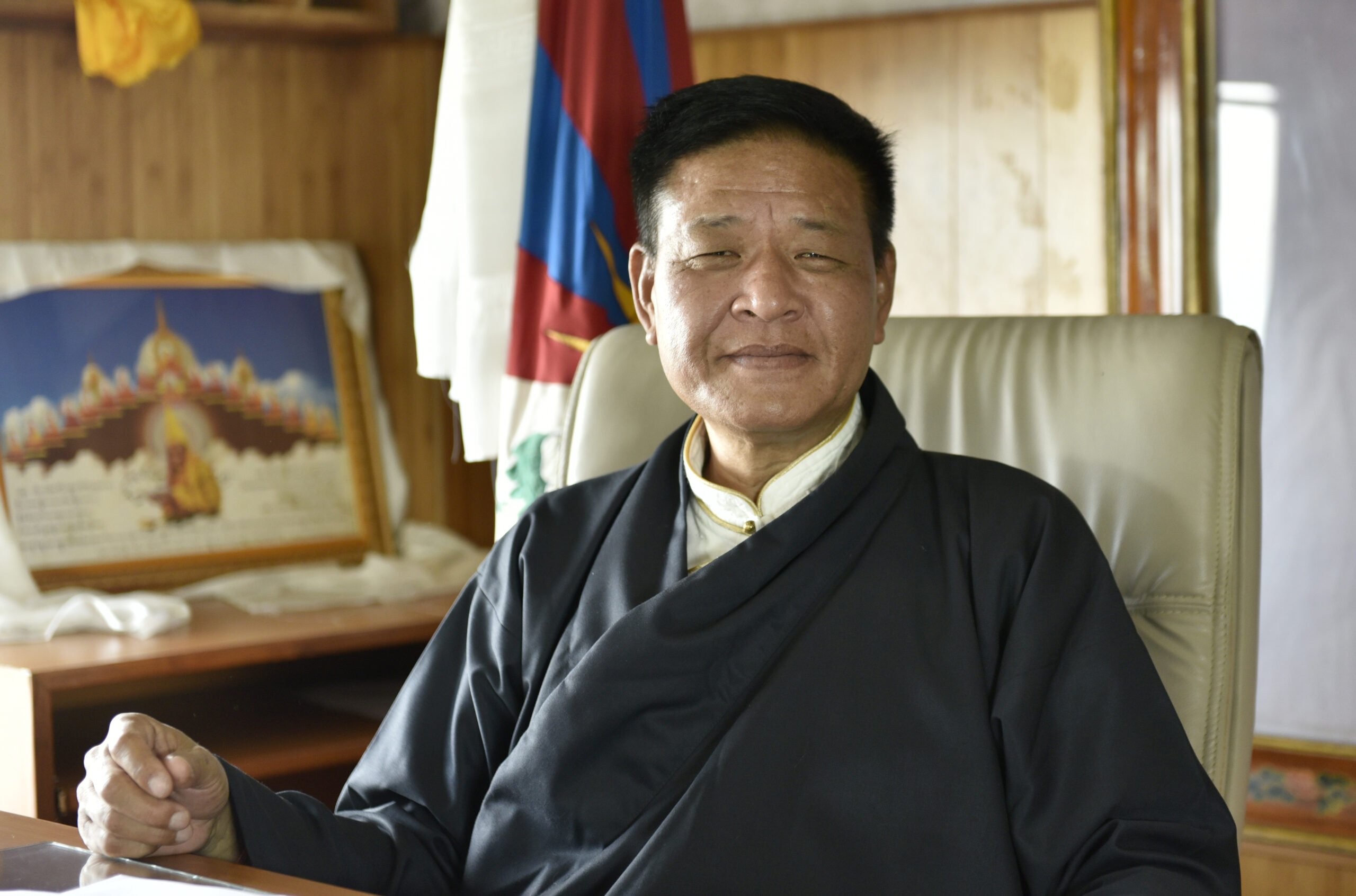 The Government in Exile has restructured a Task Force of Tibet Dialogue which is called the Permanent Strategic Committee to talk to the Chinese government and work out a “middle way”. Compromise and surrender is the only way out as Sikyong says, “We are not asking for total independence as we are well aware that the world will not be on our side in our claim for independence against China and we cannot fight a lone battle against the dragon.” As for India, the govt of Autonomous Region of Tibet is in constant touch with the Indian government seeking support for their cause.

Ironically, the number of Tibetans visiting India has decreased dramatically to 5 from 2000-3000 in 2008, of which 2 are students. The TAR government keeps in touch with the Government of India at the top level. Without mincing words, Tsering says, ‘Without India we wouldn’t have survived. Dharamshala would not have been what it is now for our communities.’ He admits that response from Indian govt is very cooperative and that they seek advice from the Indian govt. ‘Often I bow down to the wishes of the Indian govt’.

Chinese control over the borders has seen drastically reduced number of students coming from Tibet to India. From 20,000 students in 2012, the numbers have come down to 9700 in 2021. ‘My Pet Project’, a study by Tibetans registers the number of Tibetans in India, Nepal, Bhutan and in the West.

Chinese villages on the border

With China building villages along the Indian territory what is Tibet’s stand? According to Sikyong, by pushing more Tibetans at the borders they bring in more Chinese citizens into the cities and towns making up for money. Any height above 12000-13000 metres above sea level is not possible for the Chinese people to go and settle down which is possibly the reason that Tibetans are being pushed to the borders by China to occupy land and make villages.

Threatening Taiwan, brazenly occupying Indian territory, going against UNCLOS, killing dissent in Hong Kong and torturing Uighers may have a reason. Sikyong says I sense a lot of insecurity in the Chinese leadership as they are the only country who spends more money on internal security then external security. China’s expansionist aspirations is changing the world order.

Tibet is China’s Achilles Heel and New Delhi’s response will be watched.