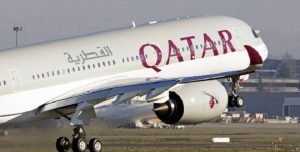 The incident happened on early Thursday morning when the water tanker hit the Qatar Airways flight QR 541 from Kolkata to Doha minutes before its takeoff.

According to the reports, there were 103 passengers on board the aircraft when it met with the accident.

All 103 passengers were brought out safely but the aircraft got damaged in the accident and immediately taken away for repairs.

An inquiry has been ordered into the incident.