Terror accused dare to take on their brutal jailers – and win
Ajit Sahi Editor-at-Large
We who live in prison, and in whose lives there is no event but sorrow, have to measure time by throbs of pain, and the record of bitter moments — Oscar Wilde
FOR SOME months, 22-year-old Saeed has worked as a “recovery agent” for a bank in Pune, chasing credit card defaulters. No one at work knows his fraught second life. His father, Sohail, in jail now for nearly three years, is accused of bombing Mumbai local trains in July 2006 and killing 187 people.
Sohail is a Kafka protagonist in Catch-22. He can’t seek bail because his trial hasn’t started. His trial hasn’t started because the Supreme Court has stayed it. The Supreme Court has stayed it because Sohail has challenged it as unlawful, arguing that the law under which he is being tried is unconstitutional. He has asked the Supreme Court to declare this law illegal and set him free. Until the Supreme Court rules on Sohail’s challenge to the law, the trial is stayed. Because the trial is stayed, Sohail fails to get bail.
Brought to Mumbai’s Central Prison in 2006, Sohail and his fellow accused were quickly branded traitors not just by the jail staff but also by the “regular” prisoners and faced all-round hatred and contempt. This prejudice erupted on June 28, 2008, when the jail staff brutally assaulted him and 26 other inmates in the prison, raining blows, belts, bamboo sticks and stones on them, smashing their heads, breaking their bones and spilling blood.
Jail authorities claimed that the prisoners had rioted unprovoked shouting Pakistan Zindabad, Hindustan Murdabad [Long live Pakistan, Down with India] and attacked the jail staff. The rare mention that the story found in local newspapers merely copy-pasted this official version.
But such is human spirit that, no matter how beaten, it gathers enough valour to fight the unlikeliest of battles. The father-son duo of Sohail-Saeed did exactly that, filing a case against the jail authorities despite the odds and actually winning a favourable ruling. Indeed, the order of Bombay High Court judges Bilal Nazki and AR Joshi, delivered on July 21, 2009, does not just bring justice to Sohail and the others the prison staff brutally attacked. The ruling is historic because it restores the Constitutional rights of tens of thousands of inmates who face indignities and brutalities inside Indian prisons without let or hindrance. It also prescribes criminal prosecution of the jail staff for brutalising the inmates.
Write the judges: “… We have found [that] force was used against the under trial prisoners for no fault of theirs. Force was used excessively for extraneous reasons and [the] law was also flouted. Even as a formality, the Jail Manual was not followed. We, therefore, direct the Chief Secretary, State of Maharashtra to initiate [a] disciplinary inquiry against all the Officers involved in the incident… If need be, in addition to the departmental inquiry, criminal action be also initiated against the concerned Officers.”
Moreover, the judges unequivocally lay down that the jail authorities have no authority over an inmate’s life: “Once a charge sheet has been filed, nobody has authority over the custody of an under-trial except the court… It has to be remembered that the convicts or the under-trials are human beings and they have to be treated like human beings. The jail authorities who have custody over them have [a] special responsibility to protect their rights and in fact they are their custodian, reformer and counsellor.”
“They cannot assume the role by which they turn into [a] villain. They in fact should command respect from the prisoners and that respect should come as a result of their conduct with prisoners. This is no longer in debate in this country whether or not the prisoners have fundamental rights available to them as this has been decided in [a] number of cases by the Supreme Court.”
There’s more. The judges slam the Jail Superintendent at the Central Prison, Swati Sathe, a female officer whose brutalities are legend among former and current inmates, and who, it is widely held, runs her fiefdom on mafia-style intimidation and threats. (A news photographer in Mumbai recalls that when once he took her picture she thus threatened him: “Destroy it now, or I will have you picked up.” He complied.)
The judges write: “One cannot condone the conduct of the jail authorities particularly the Superintendent of the Jail because all other Officers must have done what they did under her command. [The] least said about this conduct, is [that it] was shameful. Jail Superintendents in a free democratic republic behaving inside the jail like a dictator is not acceptable. Such Officials if left to manage the jail would negate all the principles on which our democratic set up is built.”

‘Force was used against the prisoners for no fault of theirs. The law was flouted. If need be, criminal action be initiated against jail authorities’

A departmental inquiry has since been started against Sathe. Sohail’s lawyer, Shahid Azmi, told me that on behalf of his client, he would seek her criminal prosecution once the departmental inquiry is completed.
ON JUNE 28, 2008, Saeed had reached the jail with a lunch of mutton for his father but was stopped at the gates. An hour later, being driven away in a van, his bloodied father had managed to shout at him, “We have all been badly beaten.” 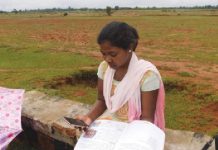 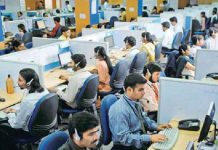