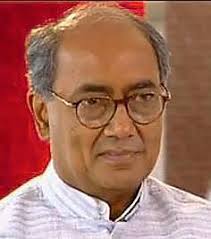 In the plea, it was stated that top Indore police officials including then Inspector General (IG) Vipin Maheshwari and Superintendent of Police of Crime Branch, Indore Dilip Soni had a role to play in tampering of evidence.

Singh’s lawyer had submitted 27,000 pages of documents along with the petition before the Judge Suresh Singh of the special court in Bhopal seeking prosecution of Chouhan and Bharti.

The hearing regarding Digvijaya Singh’s plea is posted for September 22.

The recruitment and admission scam that was unearthed in 2013 pertains to alleged irregularities in the examination conducted by Madhya Pradesh Professional Examination Board (MPPEB), involving senior officials, politicians and businessmen.