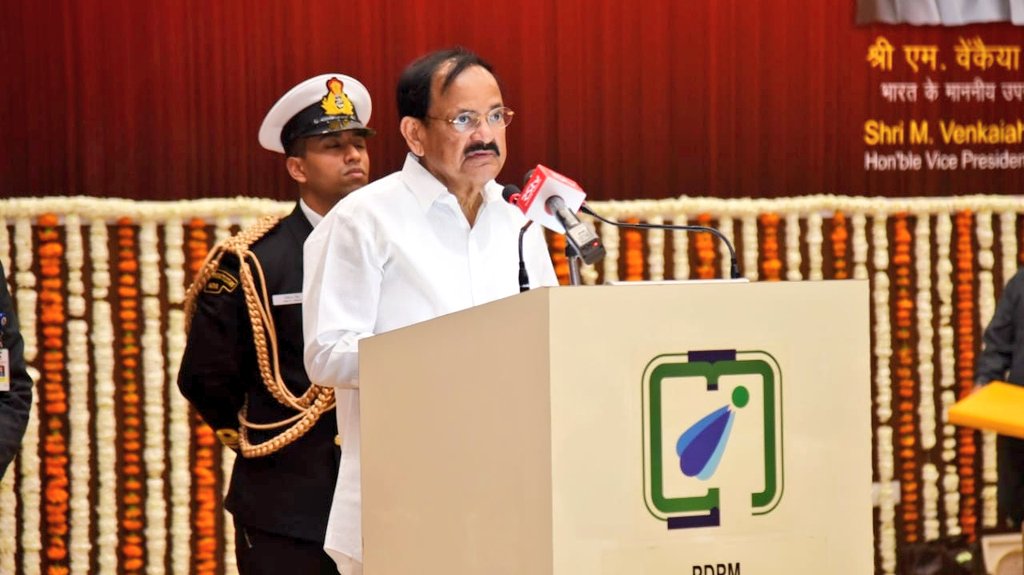 Vice President, M. Venkaiah Naidu on Saturday called upon the youth to come up with innovative ideas to address the problems faced by the country.

Addressing the students and faculty of the Indian Institute of Information Technology, Design & Manufacturing (IIITDM), Jabalpur today the Vice President said that youngsters should come up with ideas on how to best use technology for easing people’s lives and bring transparency in governance.

He further said that our aim should be to build an inclusive society in which every person feels integrated in nation’s development.

Exuding confidence that India was well on way to become the five trillion-dollar economy, Naidu called upon the youth to develop positive outlook towards life.

“It is very important to succeed in life as it gives you new energy and dynamism”, he said.

The Vice President said that technology is changing by day and there is increased digitization in every field.

However, he expressed concern over the low levels of digital literacy, specially in rural India. He called for sustained efforts to increase digital literacy and suggested special focus at the school/college level.

“If the benefit of digital technology and e-governance have to reach the last man, it has to be in Indian languages”, he said and exhorted the students and academia to work for creating more digital content in Indian language, terming  it as their ‘Digital Social Responsibility’ towards the society and nation.

The Vice President also said we should gradually move towards education and research in mother tongue.

Naidu also called for making cyber security an inalienable part of all our digital literacy programs. This would help in faster adoption of technologies, he said.

Discussing various challenges and opportunities on the economic front, the Vice President expressed concerns that India despite being world’s fifth largest manufacturer, share of manufacturing in our GDP has remained around 16 percent.

“Our aim is to increase this share to 25 percent of GDP”, the Vice President said while listing various government initiatives to promote manufacturing such as Make in India, Start-up India, MUDRA and Stand-up India, easy availability of credit to MSMEs and setting up of industrial corridors.

Naidu said that MSMEs face more challenges as compared to bigger corporations in adoption of new technologies and exhorted theinstitutions such as IIITDMto address thisby creating professionals who specialize in ‘Smart Manufacturing’.

Asking universities to prepares the youth for 21st century industry needs, he said that with right skills, Indian youth can not only increase the pace of economic growth in India but also would be available to other countries in the world.

“With 65 percent of population below the age of 35 years, India has the right demographic capital to emerge as skill capital of the world”, he said.

However, the Vice President cautioned that mere degrees and diplomas will not make a person employable and emphasized the need for skilling to take full advantage of the opportunities in the globalised and liberalized economic environment.

“Skilling and schooling should go together”, he said.

Expressing disappointment over the fact that none of the Indian universities figures in the top 100 global institutions, he called for concerted efforts to improve the teaching methods and the learning outcomes.

Exuding confidence that India was well on path to becomethe five trillion-dollar economy, VP said that incentivizing the research and innovation would be key to achieve this target.

Praising thegovernment’s move to set up more than 5400 Atal Tinkering Labs in schools across the country, he called uponall educational institutionsto promote the spirit of innovation and entrepreneurship among the students.

Naidu also stressed the need to take the students out of the classrooms and provide them exposure to real life working environment in the industry.

“There should be more industry-academia linkage to enable this”, he said.

Stressing the need to raise the expenditure on Research and Development, VP appealed to the private sector to spend reasonable share on research and development and join hands with the Universities. He even called for the creation of a separate corpus by the corporate sector to promote cutting edge research in higher education institutions and universities.

Commenting on the behavior of the people’s representatives in the Parliament and state legislatures, Naidu asked them to raise the level of debates in the House and set the example for others.

“Discuss, debate and decide in true spirit of democracy”, he advised the Parliamentarians. 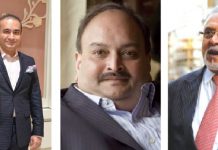